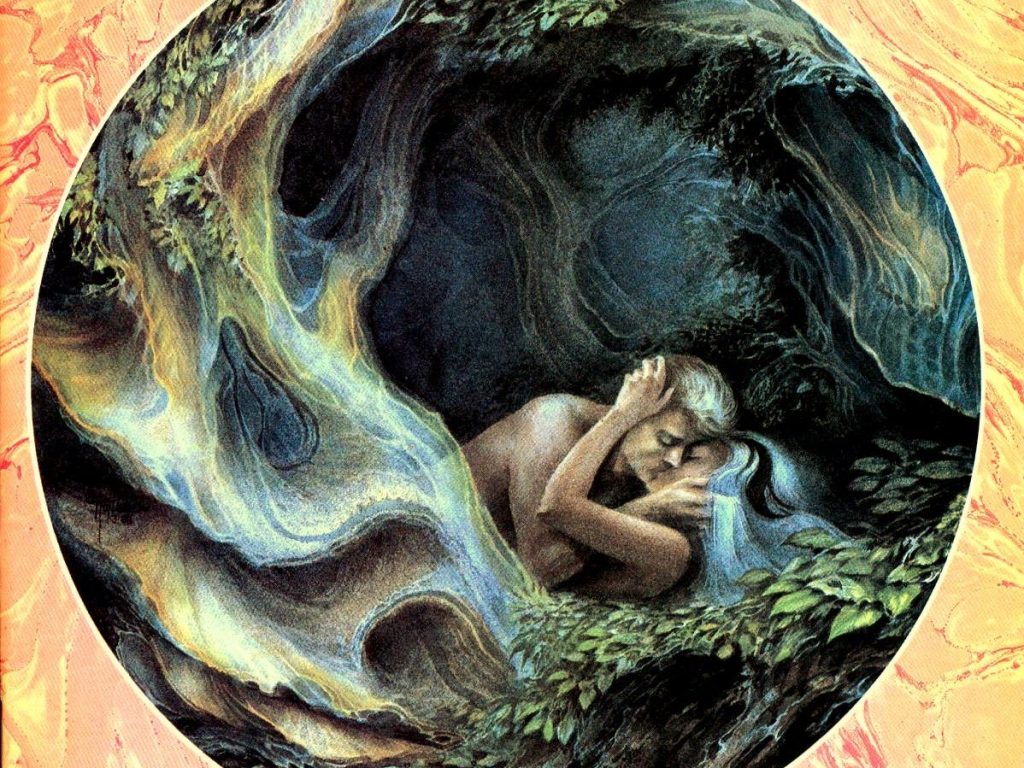 Swamp Thing hijacks our plot and our protagonist in Hellblazer #10, dragging him unwilling to Swamp Thing #76 and 77. It’s sophisticated suspense as Constantine earns frequent flyer miles, Swamp Thing takes up smoking, and the Phantom Stranger watches you have sex.

4:50 – Sorry, that was Sandman #4. When Etrigan greets Morpheus in rhyme, Morpheus replies, “So you’re a rhymer now? You’ve risen in Hell’s hierarchy, I see.”

7:36 – Constantine and Swamp Thing tangled with the Invunche in Swamp Thing #37 through #48, in which Swamp Thing finally killed it. Constantine’s guilt over losing several members of his “Newcastle Crew” to the Invunche has been a regular topic in Hellblazer, especially in the initial Hunger arc.

13:18 – “Best slang” is a regular feature on Titan Up the Defense, which we’ve mentioned before as one of our favorite podcasts.

15:31 – Anton Arcane first appeared in Swamp Thing (vol. 1) #2, created – like many of Swamp Thing’s supporting cast – by Len Wein and Bernie Wrightson. Anton died in a confrontation with Swamp Thing almost immediately – his villainy in volume 2 was entirely as an escapee from Hell. He possessed Matthew Cable and tormented Abby, but Matt and Swamp Thing cast him out of Matt’s body and sent him back to Hell in Swamp Thing (vol. 2) #31.

18:28 – One serious subject we forgot to address in this episode is whether what Swamp Thing and Abby did to Constantine in this issue was a rape – it was. John mentions later that, had he been consulted, he intended to offer Swamp Thing a similar service, but that’s far from robust consent.

42:48 – At the time of this recording, Pretty Little Liars had just wrapped up its run.

49:56 – Presumably, there’s a happy feeling nothing in the world can buy.