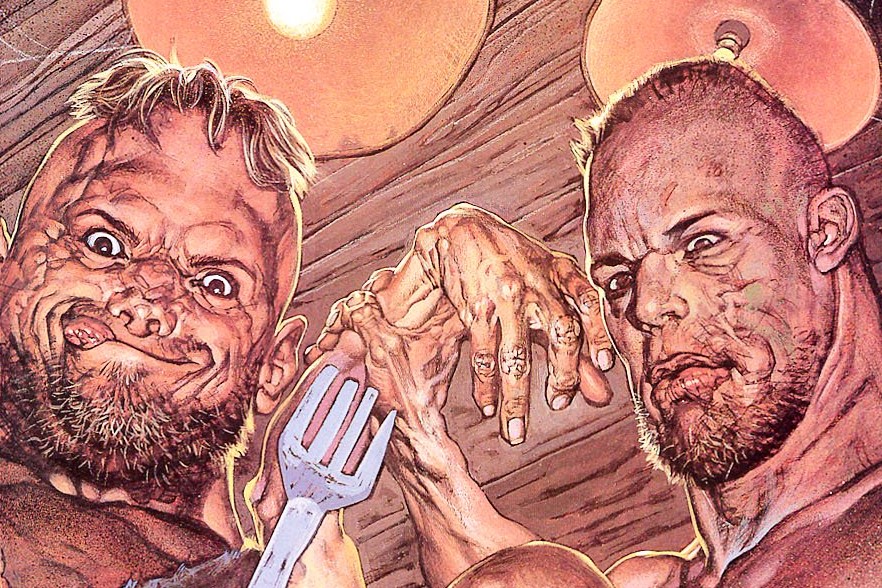 In the aftermath of disaster, Preacher explores the full diversity of despondency with issues #38-40. Tulip is distraught, Cassidy is distressed, and Herr Starr is disgusted.

No new episode next week, but we’ll be back in two with Sandman.

3:37 – Sean calls it grunge; I say post-grunge. By the time this issue was published in 1998, the original grunge movement was over. While Arseface may have been influenced by Kurt Cobain, so were plenty of other bands that don’t qualify as real grunge, and he’s late to the party. Also, post-grunge bands were a lot more likely to sound terrible.

4:39 – “A bit of a kickin’” is a reference to Lock, Stock, and Two Smoking Barrels. This is the first of two acts of violence against dogs in these three issues, and although Cassidy looks to have been in a bit of danger here, it also shows that he’s not very nice.

6:18 – My goofy delivery of the word “stealths” is a reference to the so-bad-it’s-good Steven Seagal movie Under Siege 2.

16:04 – The joke I was going for here is that moonshine is known to cause blindness (because it contains methanol). We never actually hear anything about moonshine in the comic, but the Chunt Brothers reminded me of it nonetheless. My comment about “the water of life” is a reference to the etymology of the word “whiskey.”

29:08 – Jesse’s caretaker neglects to explain here how many eyes Jesse started with.

31:17 – Sean is paraphrasing a line here from the Clerks cartoon. As for the Lonely Island reference, see here.

31:38 – Sean’s talking about the fact that in the film Casino Royale, James Bond doesn’t really become the classic version of the character until the end of the movie.

33:07 – Cyrus is obviously not an enlightened portrayal of the mentally disabled. He’s just used as a joke and a source of indignity for Starr. Nonetheless, Starr’s decision to summarily execute him still feels like a conscious injustice. As much as Garth Ennis lacks sympathy for Cyrus, he’s showing that Starr is worse.

38:35 – We’ve mentioned before (in reference to a much earlier issue) that bar fights are essentially Preacher’s “Danger Room,” a low-threat action scenario the book uses as a reset between big story beats. Punching out this random, deserving dickhead shows us that Jesse’s back on his feet and righting wrongs again.

43:25 – Kurt Cobain copycat suicides were a very real concern among media watchdog groups at the time, though it’s unclear if any actually took place.

45:01 – This is the third time Kurt Cobain has come up this episode, so I’ll include some art: 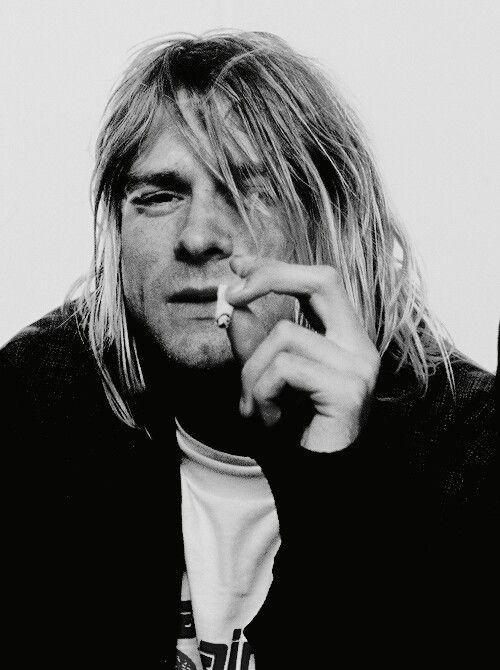 47:38 – This might be giving too much credit, but another meaning for “arsefaced” is “backwards,” and that’s what Jesse encounters when he finally catches up to Cassidy and Tulip: a backwards world where the two people he trusts most appear – appear, especially in Tulip’s case – to have betrayed him.