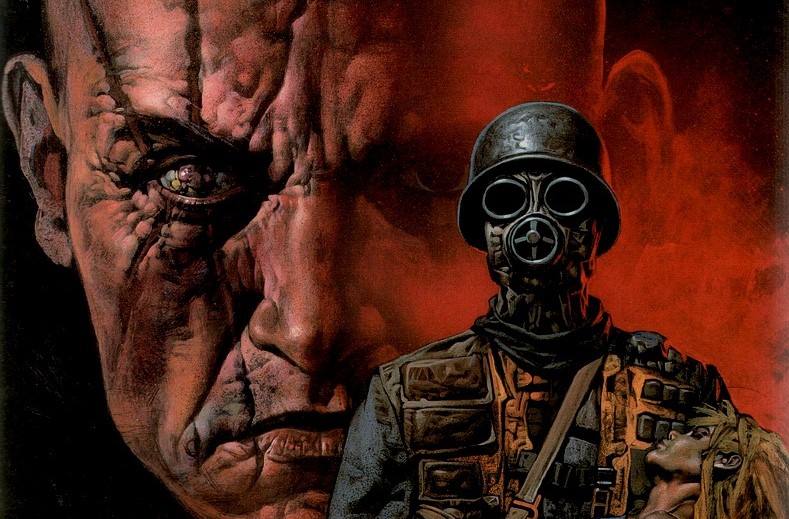 4:31 – Even though Starr wasn’t present for this conversation, these two guys likely represent (in his view) the failure of the existing system: a civilian official who’s hopelessly naïve and lacks the will to act against evil, and a military commander who delights in the action without regard for the consequences.

5:43 – Starr’s feelings are not unlike those of the series’ protagonist, Jesse Custer, who aims to take God to task for the violence and horror in the world. Starr never viewed his own quest in quite such personal terms – his enemy is just faceless chaos.

6:45 – The Kobayashi Maru is a training exercise from the Star Trek franchise. Captain Kirk notoriously beat the unwinnable scenario by reprogramming the simulation, and was rewarded for his ingenuity, an event that was first mentioned in 1982’s Star Trek II: The Wrath of Khan and later shown in 2009’s Star Trek reboot.

12:00 – Starr feels the need to denigrate his partners to ameliorate the loss of control he feels during sex, but it’s worth noting that he also holds his own sexual urges in contempt.

16:00 – The “Kingdom of Heaven” is a term used throughout the Gospel of Matthew to describe the world after God asserts his dominion. “Inherit the Earth” is from “Blessed are the meek, for they shall inherit the Earth,” which is from the Sermon on the Mount, also in the Gospel of Matthew.
“Sodom and Gomorrah” are two cities destroyed by God for sinfulness in chapters 18 and 19 of the Book of Genesis. From Starr making these references, we can guess that if he’s not a Christian, Starr has done some research to impress his prospective employers. Or he’s just picked it up through cultural osmosis.

28:08 – Joker’s speech about a horrifying plan is from The Dark Knight and can be seen here.

35:35 – We talked about Blood and Whiskey in this episode.

37:57 – Jin-Roh: The Wolf Brigade is a 1999 anime film, part of the Kerberos Saga. It portrays an alternative history with a fascist Japanese police force. 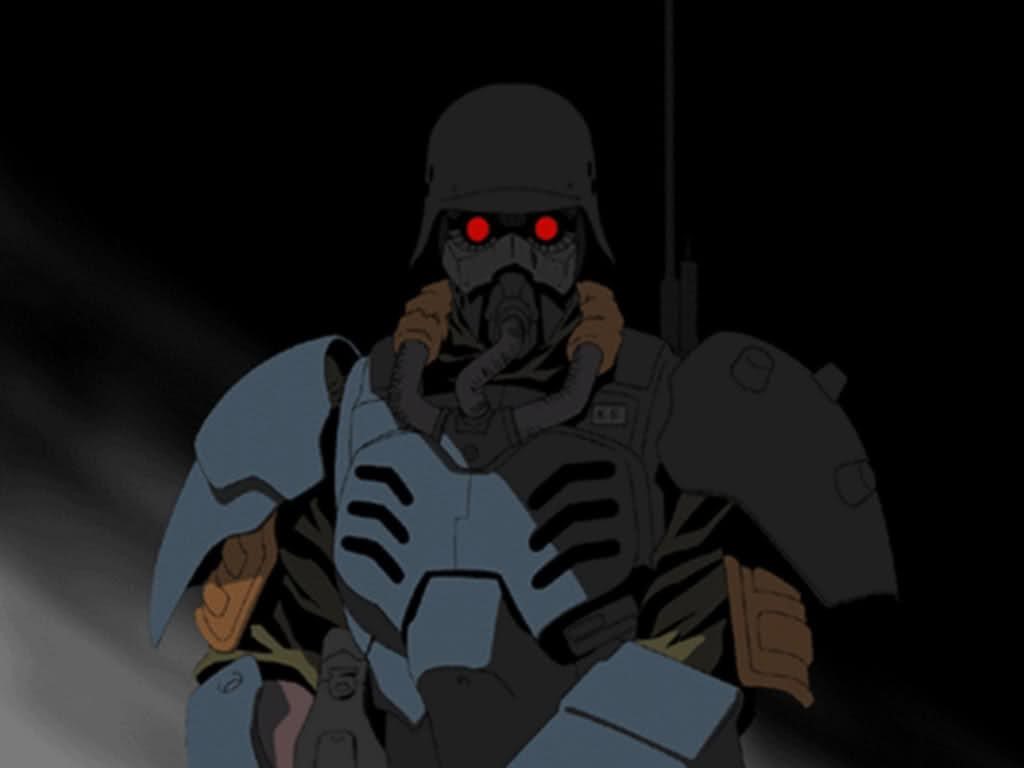 38:17 – There have been a few people, and one place, called Wolfenstein.