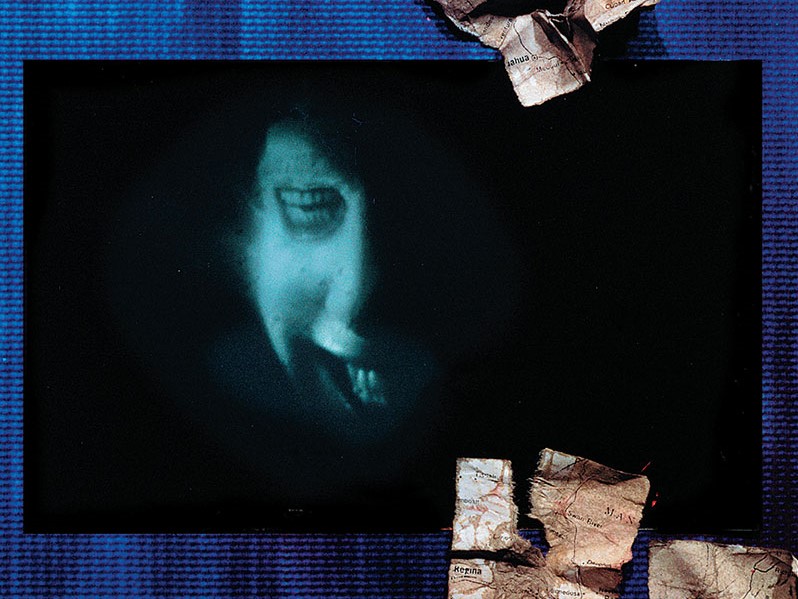 The Doll’s House wraps up in Sandman #14-16, in which Rose Walker attends a creepy convention, the Corinthian picks a fight, and Morpheus serves up some justice.

No new Vertiguys next week, but we’ll be back September 6 with the next installment of Hellblazer.

0:27 – Okay, this one went over my head. Romo Lampkin was the character played on the 2004 Battlestar Galactica by actor Mark Sheppard, who also played an FBI boss on Dollhouse.

0:37 – That was a reference to Dollhouse’s first season finale, Epitaph One. By “wiping technology,” I meant mind-wiping, not the more commonplace sort.

12:03 – I’m referring here to Resident Evil’s Forest Speyer, whose zombie was found with neither lips nor eyes after he was killed by zombie crows, leading to the aforementioned bombastic observation by his colleague Barry Burton.

17:02 – Eric’s referring to the joke told by Scott Glenn in the movie Training Day.

25:56 – Gaiman is quoted in The Sandman Companion as having responded, to editor Karen Berger, “Well, that explains a lot about the DC Universe.” You can read more about it on Comic Book Urban Legends.

28:04 – Another Red Riding Hood parallel: in many versions of the story, the girl is advised to keep strictly to the path. Gilbert had urged Rose to stay in her room, and she encountered Fun Land while disregarding that advice.

43:27 – “Forbidden Brides of the Faceless Slaves in the Secret House of the Night of Dread Desire” is, as far as I know, the closest thing in existence to a Neil Gaiman autobiography. It’s about a young man living in a gothic horror who throws convention and career prospects to the wind, forsaking realism to write the kitchen-sink dramas he really loves.

52:04 – “I Woke Up and One of Us Was Crying” will be the title of a later Sandman issue featuring Barbie. The line comes from “I Want You” by Elvis Costello.

54:45 – Given this light flirtation between them and Desire’s evident delight, back in issue #10, to discover that the new dream vortex was a woman, it’s not unreasonable to think that Desire might have intended Dream to fall in love with the vortex.

56:39 – Gilbert’s effortless rapport with Rose may be a deliberate contrast with Fun Land’s futile, twisted wish to be friends with children.

58:41 – Noodle Implements is a trope in which an odd assortment of tools is referred to as being required or employed for a purpose, while how they are used is left to the imagination. Often, it’s hard to imagine how the objects described could serve any purpose, let alone their intended use.

1:06:57 – I mean, literally dark. Chiaroscuro shading was employed. It was very Silvestry.