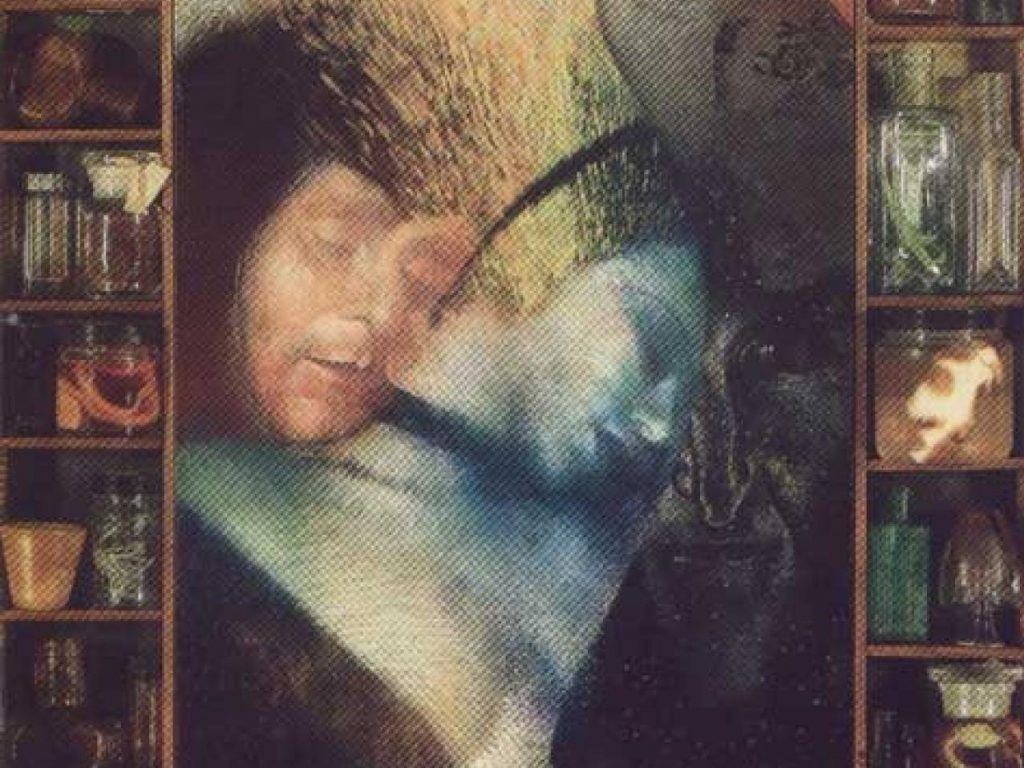 On our journey back into the lands of nightmare, the Vertiguys stop to chat about Sandman #2-4. Listen in as the Dream King meets a pair of unbrotherly brothers, tangles with that rascal John Constantine, and competes in the deadliest poetry slam.

2:53 – If you like Teen Titans, or general old-school comics weirdness, I recommend you check out Titan Up the Defense.

3:04 – My mistake! The blonde woman on the cover of House of Secrets #92 is Swamp Thing’s first wife, Linda Holland (née Ridge).

8:11 – For another Doctor Destiny reference, the third-season Smallville episode “Slumber” features a dream-haunting skeletal villain in a spooky red hooded cloak. In this story, it turns out to be the victim who has the power to enter people’s dreams, with the monstrous figure representing the drugs being used to keep her comatose by the real villain. This is the episode, by the way, that heavily featured the music of R.E.M. (geddit?), used throughout as a sign that the underlying scene was a dream sequence.

12:05 – Eve, as it happens, is another classic DC horror host. She starred in Secrets of Sinister House – making her first appearance in 1972 – in which she was accompanied by a raven named Edgar Allen. Later she moved on to Weird Mystery Tales, and she made appearances in House of Mystery and House of Secrets too.

20:55 – “Dream a Little Dream of Me” is a 1931 song composed by Fabian Andre and Wilbur Schwandt with lyrics by Gus Kahn. There are more versions than I can count, and though Mama Cass might have the most famous one, there’s no clue in the issue which version John is hearing.

21:02 – “Mr. Sandman” is a 1954 song written by Pat Ballard. Though there have been many covers, the iconic version belongs to The Chordettes.

23:12 – During the montage of Constantine procrastinating, we get three more pop songs: the Eurythmics’ 1983 hit “Sweet Dreams (Are Made of This),” “Dream Lover,” a 1959 track written and performed by Bobby Darin, and 1984’s “The Power of Love” by the band Frankie Goes to Hollywood.

31:48 – “The morning star” is one meaning of the Latin word “Lucifer,” which was chosen in the Latin Vulgate (a 4th-century Latin translation of the Bible that became the Catholic Church’s official translationstarting in the 16th century) to stand in for the Hebrew word “Helel,” literally “light-bearer.” Ironically, the Latin word “lucifer” never referred exclusively to the Devil – even Jesus is described as “the bright Morning Star” in the Book of Revelation.

32:52 – Oddworld was a self-consciously weird (as the name implies) video game series, beginning with 1997’s Oddworld: Abe’s Oddysee, primarily concerning a growing rebellion against an industrial upper-class of lazy, selfish carnivores – the Glukkons – by the abused creatures who served as a combination labor class and food. If you check out the Glukkon designs you can see an example of what we’re talking about: as a wealthy upper class, the Glukkons have armless bodies useful only for wearing suits.

33:33 – Perhaps “motion blur” would have been a better way to describe it.

34:22 – Post-Flashpoint, Etrigan starred in a mystical team book under the New 52 umbrella entitled Demon Knights. But he doesn’t have his own series in the Rebirth line, and apparently hasn’t made a cameo in another book either.

37:55 –The Wicked and the Divine is an ongoing series (launched in 2014) written by Kieron Gillen with art by Jamie McKelvie, in which twelve ancient gods are born into the modern world in the form of celebrities or pop musicians. By way of comparison, have a look at Lucifer: 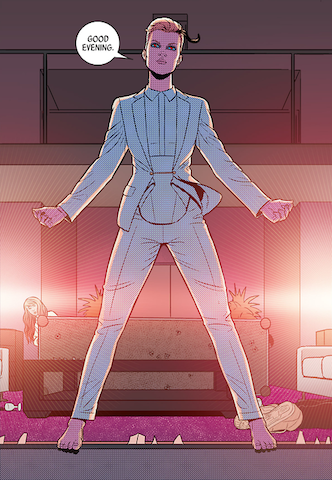 43:02 – William Gibson is a science fiction author known as the architect of the cyberpunk genre, most famously in the novels Neuromancer and Mona Lisa Overdrive (the first and third installments in what came to be called the “Sprawl trilogy”).

47:48 – Agony and Ecstasy are a pair of minor demon antagonists we will soon meet in the pages of Hellblazer #12.

49:16 – In Kentaro Miura’s long-running manga, Berserk, the Behelit or “Egg of the King” (named for Robert E. Howard’s Conan character Belit, Queen of the Black Coast) is a major plot McGuffin, a fate-manipulating trinket that ensures the bearer meets his destiny. To say more would constitute a massive spoiler for that series, but have a look anyway. 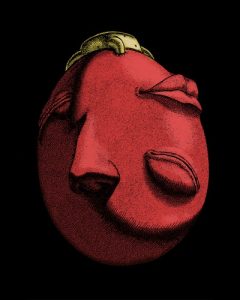 Sykes’ amulet isn’t nearly that cool. It’s just an eyeball on a chain.