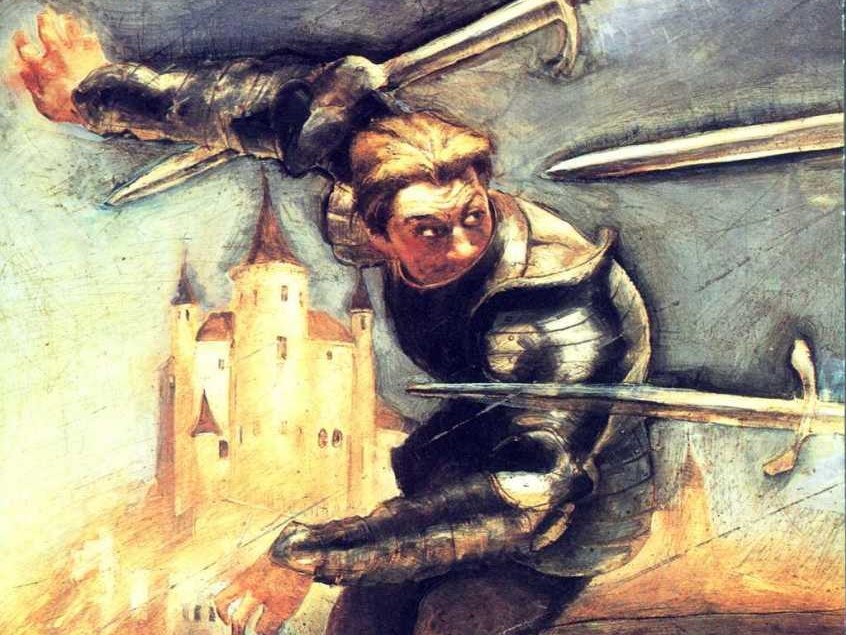 Brace yourselves for a revelation! This week we plunge into Hellblazer Annual #1, where we learn Constantine had an ancestor who was an even bigger jerk.

0:47 – Aside from his work on Hellblazer, Kent Williams might be best known for his artwork on the fantastic Wolverine and Havok: Meltdown miniseries alongside Jon J Muth.

6:02 – Expletives are a fair way to describe the Bloody Saint, as we will soon learn.

6:37 – For more grody details on Newcastle, check out our recap.

7:23 – Although I think that was an accurate assessment of Constantine’s character – he thinks of himself as sleazy, lustful and unreliable, embodying many of the failings of modern society – it was also a reference to 1998 PlayStation RPG Xenogears.

9:05 – The Falklands Conflict lasted a little longer than Martin predicted – about ten times longer. It began with the Argentine invasion of the Falkland Islands on April 2, 1982. The British naval task force was dispatched, as we mentioned, on April 5, and the Argentine forces surrendered in June 14.

11:57 – In my head, I started calling this character Boadicea. Y’know, in fantasy stories whenever a character talks about admiring a historical figure or ancient deity, they turn out to be that august personage? But if this woman is the goddess we meet a little later in the issue, that’s not her name.

18:01 – Although the life of the Roman Emperor Constantine bears some resemblance to the story depicted in this issue, the timing is all wrong (as established by the presence of a historical character a few pages on), and there’s no evidence this King Kon-sten-tyn was ever Emperor of Rome – indeed, his Britain is besieged by Roman invaders.

19:41 – If you like creatures that change shape while they’re being hunted and beautiful young lasses that turn into crones, check out Sandman issues 2-4.

20:18 – In the Arthur legend, Uther desires another man’s wife, Ygraine, so Merlin changes Uther to look like her husband. Uther’s rape of Ygraine conceives Arthur, but years later, Arthur’s older half-sister, Morgana, seduces Arthur (sometimes with, sometimes without magical aid) and conceives the child Mordred or Medraud, who is destined to bring Camelot crashing to the ground.

24:20 – Journey into Mystery is a Marvel Comics series that initially ran from 1952 to 1966, best known for premiering the superheroic Norse god Thor in issue #83 – the series was retitled The Mighty Thor starting with #126.

25:35 – We didn’t mention it in the audio, but it’s worth noting that Kon-sten-tyn sacrifices his son at the age of nineteen, not immediately after returning to Camelot.