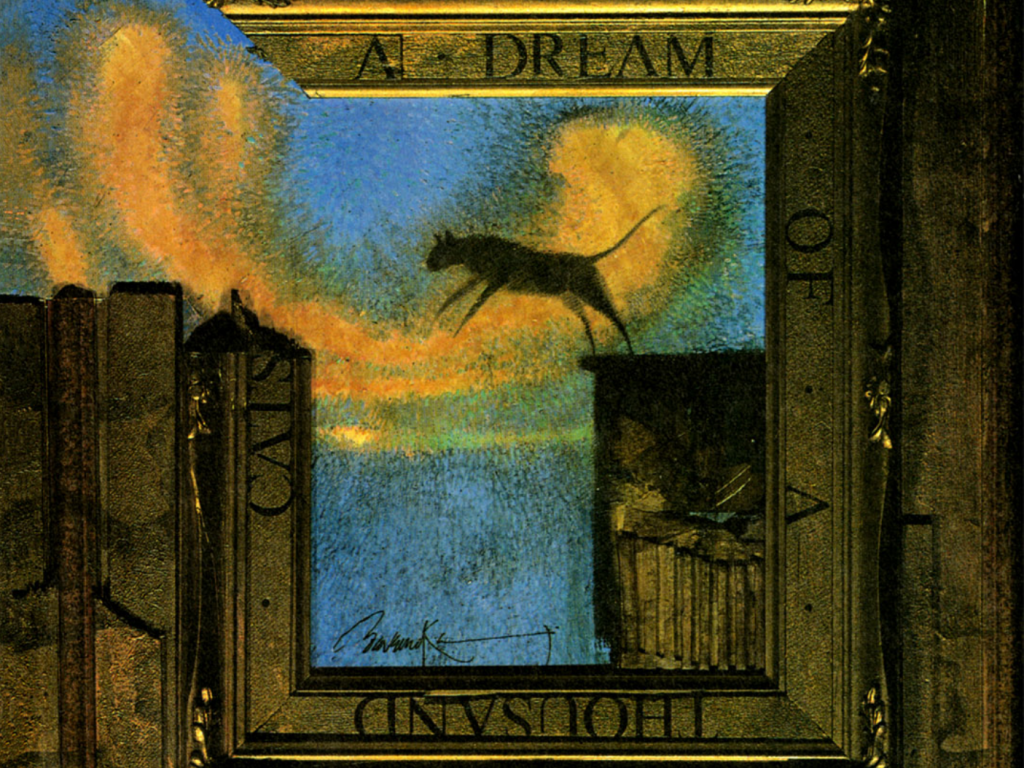 Sandman ventures into Dream Country for a couple of standalone stories in issues 17 and 18. First the series takes a strong (if inconstant) stance on mistreatment of mythological women, then Kelley Jones draws a whole mess of cats.

4:59 – That’s a reference to Thomas Jefferson as depicted in the musical 1776. The lovelorn Jefferson was unable to work on the Declaration of Independence until John Adams sent for his wife, Martha.

5:30 – An owl pellet is a dried mass of bones among other undigestible parts of the bird’s prey, formed in an owl’s gizzard and eventually regurgitated. We had to dissect them several times in high school.

5:50 – Eric’s referring to a fish statue on the side of a bridge Madoc crosses on his way.

6:43 – Morpheus clashed with the DC Universe’s John Dee, a.k.a. Doctor Destiny, a few issues back in Sandman (vol. 2) #5-7. The real Dee was a polymath, a mathematician, astronomer and alchemist who was advisor to Queen Elizabeth I.

14:56 – Apparently not – at least, I’ve been unable to find references in Greek myth to literal capture and abuse of Muses. They’re invoked by poets at the start of epics, and when they appear in the flesh, it’s often to judge literary or musical contests of some sort.

17:52 – That’s hearkening all the way back to Sandman (vol. 2) #1. In case you missed that issue, Morpheus was summoned by English sorcerer Roderick Burgess – who was seeking a different Endless, Death – and held prisoner from 1916 until he managed to escape in 1989.

19:10 – Correction: right actor, wrong character. The Joker, and by extension Erasmus Fry, looks like Conrad Veidt’s character in The Man Who Laughs, not The Cabinet of Dr. Caligari. Morpheus actually looks a lot more like Cabinet’s Cesare than either of them. 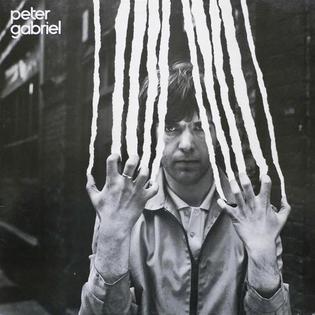 33:21 – Morpheus avenged himself on his original captor’s son (the father being long dead by the time of Morpheus’ escape) by trapping him in a dream of “eternal waking,” constantly waking from one nightmare to discover himself in another. This was also in Sandman #1.

36:04 – Sandman #6, “24 Hours,” featured a diner waitress who wrote stories about all her regular customers’ lives, callously disregarding what she knew of their wants to give them what she thought of as happy endings.

39:34 – The creator credit first appeared in Sandman #16, the last issue of the Doll’s House story arc.

40:41 – In Sandman #3, Morpheus teamed up with Hellblazer protagonist John Constantine to find his missing pouch of sand, first getting Constantine’s attention by causing – for page after page – radios near Constantine to play pop songs featuring the word “dream.”

53:31 – I was slyly referencing this line from Alpha Centauri, my all-time favorite grand strategy game: “As the Americans learned so painfully in Earth’s final century, free flow of information is the only safeguard against tyranny. The once-chained people whose leaders at last lose their grip on information flow will soon burst with freedom and vitality, but the free nation gradually constricting its grip on public discourse has begun its rapid slide into despotism. Beware of he who would deny you access to information, for in his heart he dreams himself your master.”

53:52 – This phrase expressing the savagery of nature originates from Lord Tennyson’s “In Memoriam, A.H.H.”

54:56 – Mouse Guard is an ongoing comic book series written and drawn since its inception in 2006 by creator David Petersen.