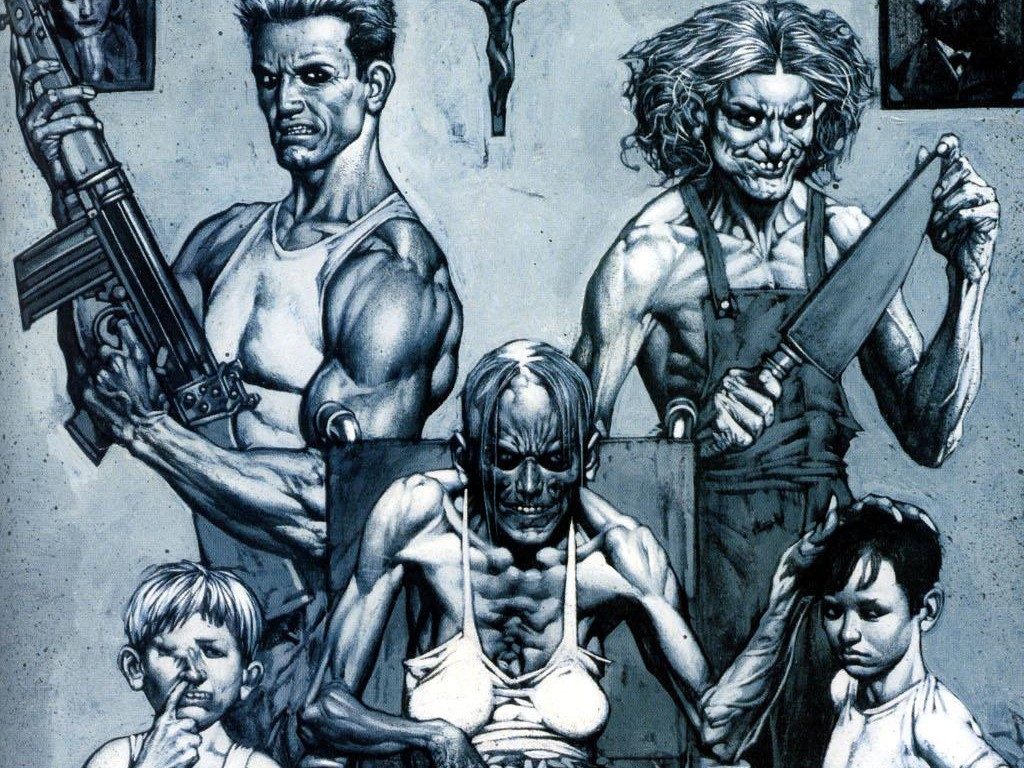 We finally get all the answers in Preacher #8-10, and they’re worse than we could have imagined. Join us as we explore Tulip’s hit-woman past and meet Jesse’s bone-chilling Gran’ma.

1:43 – While Angelville’s burning crosses obviously invoke the racist violence of the Ku Klux Klan (and Angelville’s people are definitely racist jerks), no specific explanation for their presence – connected to the Klan or otherwise – is ever given.

8:06 – If you’re just coming in, Jesse told mean-ass Sheriff Hugo Root to “go fuck yourself” in the first story arc – using his Word of God power. Root took the command literally, leading to his severe maiming and eventual suicide. A little later on, Jesse apparently heard what happened, and at least slightly regretted his choice of words.

8:34 – The “grassy knoll” is a small hill in Dealey Plaza, the Dallas city park where President John F. Kennedy was assassinated. The knoll was searched by police moments after the shooting, but nonetheless conspiracy theorists have long posited the hill as the potential location of a second shooter.

There are at least three places of business named The Grassy Knoll: a bar in Nairobi, Kenya, a music venue in Philadelphia, and a restaurant in California. It’s just like Cassidy’s sick sense of humor to want to open one in Dallas.

14:18 – This anti-Marxist lighter would later appear in the possession of Yorick Brown, the protagonist of Vertigo’s Y: The Last Man. In that series, the lighter is explicitly merchandise based on a comic book Yorick read in high school.

20:15 – If t-shirts are an accurate depiction of the person wearing them, does that mean Cassidy is Batman?

34:46 – “Home,” the second episode of The X-Files’ fourth season, involved a family of deformed, inbred men who perpetrated a series of murders to keep their existence secret. The episode’s disturbing subject matter and extreme violence inspired controversy on its initial release, but the show has since become a favorite among fans and creators, and received a spiritual sequel, “Home Again,” in the series’ relaunched 10th season.

40:19 – It’s unusual to get a pop culture reference from ignorant, ineloquent TC, but he’s paraphrasing Robert Shaw in Jaws: “You go inside the cage? Cage goes in the water? You go in the water? Shark’s in the water.”

51:16 – Sorry. I can only say that name the way that Christoph Waltz says it in Django Unchained.

54:36 – Tulip is singing The Pogues’ 1986 hit “Haunted,” from the soundtrack to the Sex Pistols biopic Sid and Nancy. Ironically, the song’s female lead character (sung by Cait O’Riordan in the original recording) longs to be “haunted by the ghost” of her relationship with her lover.