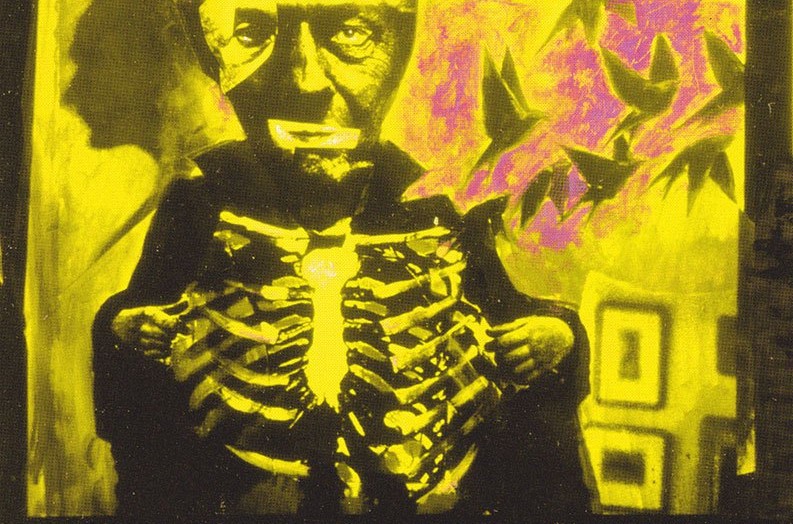 It’s the return of that one girl who lived in that weird house! The first half of A Game of You brings us into Barbie’s dreams, a place she hasn’t been in quite a while. Joanna from What’s Lightsabers, Precious? guest stars.

No new episode next week, but we’ll be back April 25 with the next chapter of Hellblazer.

10:28 – The Fusion Dance is a technique from Dragonball Z that allows two fighters to merge into one and combine their power. Because for some reason, in DBZ logic, the strength of two people without the ability to be in two places at once is better.

12:11 – Peace Frogs is a clothing company founded in the 80s that reached the height of its popularity in the 90s. Its logo was a cartoon frog giving a peace sign.

13:25 – A shout out to my friend Ian, who gave me the first seasons of American Gods and True Detective on dvd. He is alive and well.

15:37 – I was making reference to the rock song “Breakfast at Tiffany’s” by Deep Blue Something, from their 1994 album Home.

17:00 – Funny enough, sci-fi author Samuel R. Delaney also mentions having to look up “skerries” in his preface to the trade paperback edition.

19:56 – Danny DeVito voiced the title character in the 2012 animated adaptation of the Dr. Seuss book The Lorax. Here’s what the animated version looked like:

21:22 – Bizarro World is a fictional, cube-shaped planet from Superman, where everything is the opposite of the way it is on Earth, including, most relevant to this issue, the fact that they like things imperfect. Hyperman is a name used by various DC characters who are counterparts or alternate versions of Superman. It seems Gaiman intended to use “bizarro” instead of “weirdzo” in this issue, but editorial made him change it at the last minute for reasons unknown.

35:52 – In addition to the Marvel and DC universes, Peter David has made money in the Star Trek, Doctor Who, Babylon Five, and Fable franchises, just to name a few.

41:00 – Jonathan Carroll has written a number magic realist novels, the most famous probably being The Land of Laughs.

42:05 – This scene, the half-awake protagonist being addressed directly by the TV, is very reminiscent of Shadow’s first encounter with the goddess of modern Media in Gaiman’s later novel American Gods.

44:05 – Raymond Chandler’s The Long Goodbye should not be confused with Frank Miller’s Sin City yarn The Hard Goodbye or the Dixon Hill adventure The Big Goodbye.

45:42 – In real life, cuckoos are small, bluish-grey birds, that are not especially colorful.

51:22 – Foxglove was not present for Judy’s demise in Sandman #6, and although it’s possible that Foxglove learned many of the details of the “Diner of Death” after the fact, the Judy specter’s matching those details may be intended to imply that this is a genuine visitation of some kind.

1:00:17 – Sean doesn’t mean to suggest here that Wanda’s body is who she is, immutably. Only that having the body she has is one of the things she has to deal with as a trans person.

1:03:37 – Looking back, it seems Gaiman and Doran might not have fully trusted their audience in 1991 to know what a transgender person was, which may be why they’re suddenly so blunt with it at this point in the story, drawing Wanda with an exaggerated male physique and having Hazel point out her “shortcomings.”

1:06:25 – “Older and Far Away” is a 2002 episode of Buffy the Vampire Slayer, the 14th of the show’s 6th season. In it, a wish to a vengeance demon causes the Scooby Gang to be trapped in the Summers house, unable to will themselves to leave in much the same way that Wanda can’t.

1:15:15 – The line (from Sandman Special #1) is “To Thessaly (where the witches gnaw the flesh from men’s faces for their spells, and pull down the moon for their own purposes).” The special hit newsstands the same month as this story’s second issue. 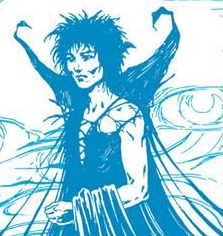 1:19:18 – Before we write off the problematic treatment of the trans character in this issue as a product of its time, it’s worth noting that it was published in 1992. That’s a year after the film version of The Silence of Lambs provoked significant controversy for its own perceived transphobia.