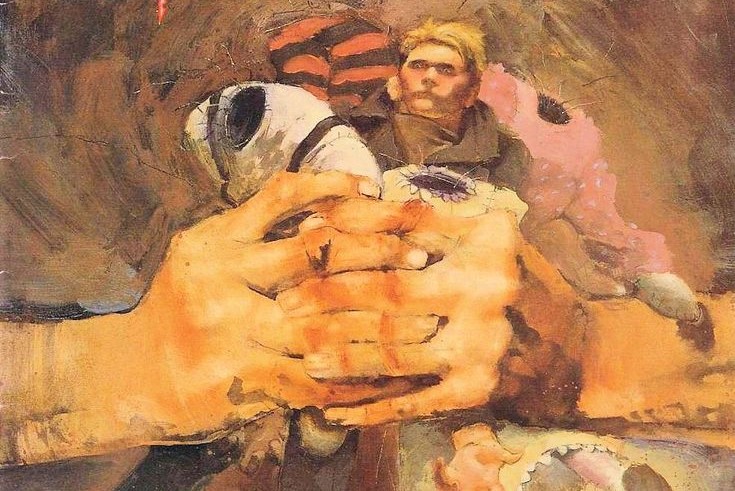 We’re back with battles brewing in the pages of Hellblazer! This week, Constantine faces the Family Man, the Smelly Man, and the Neil Gaiman!

4:02 – Confirmed: Daniel Vozzo did the original colors for this issue.

7:41 – Of course, the cabbie’s line was written – and described as such – by Neil Gaiman, a horror writer.

16:40 – David Bowie also co-wrote most of the songs on The Idiot and played several instruments. In fact, his influence was such that Iggy Pop fans have criticized the record as a departure from his usual sound.

20:36 – This witticism refers back to Anthea’s earlier comment (unvoiced by us) that she wanted her baby to inherit John’s blond hair.

25:58 – This CBR article offers an alternative explanation: that John is able to forge a connection with Jacko because he, too, is desperately lonely.

34:52 – My mistake. It seems more likely he was betting on a horse, I was just thrown off by the prominent sign that says “No Dogs.” In another panel we see signs on the storefront showing riders on horseback. John’s father also mentions that he sometimes wins money on “the horses.”