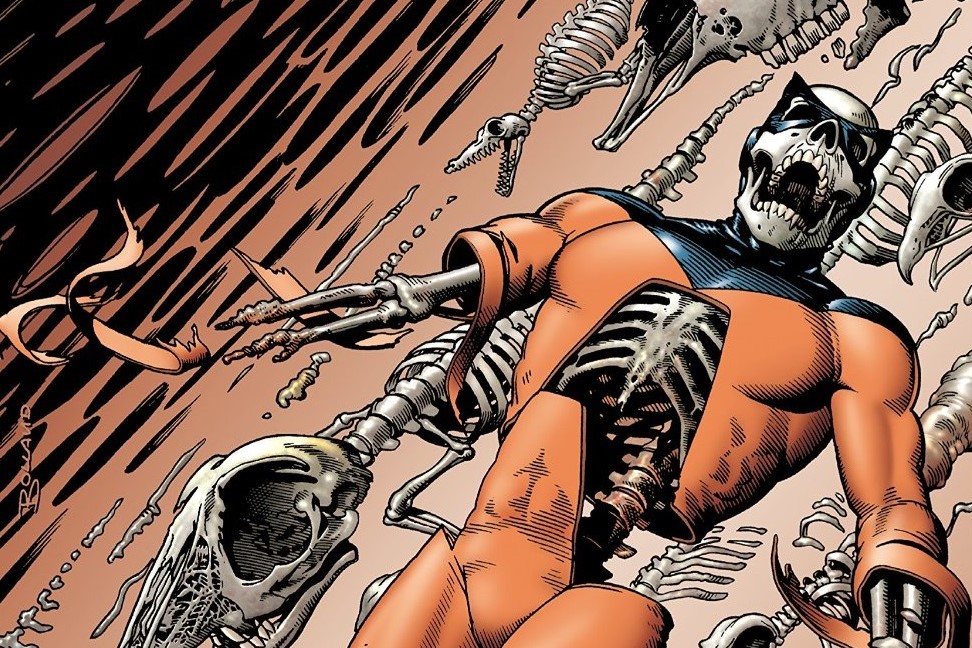 Hellblazer will be back in seven days – this week, we have a brief chat about an iconic, bloody tale of death and rebirth featuring Animal Man!

1:53 – Eric would like to clarify that he called this story a tough read, not a bad read. It’s slow, but it’s a pretty good story and well worth a look.

2:18 – Naraku was the main villain of early 2000s anime long-runner Inuyasha. He pulled this trick several times throughout the series – lured together hundreds of minor demons and fused them into a new, more powerful body for himself. 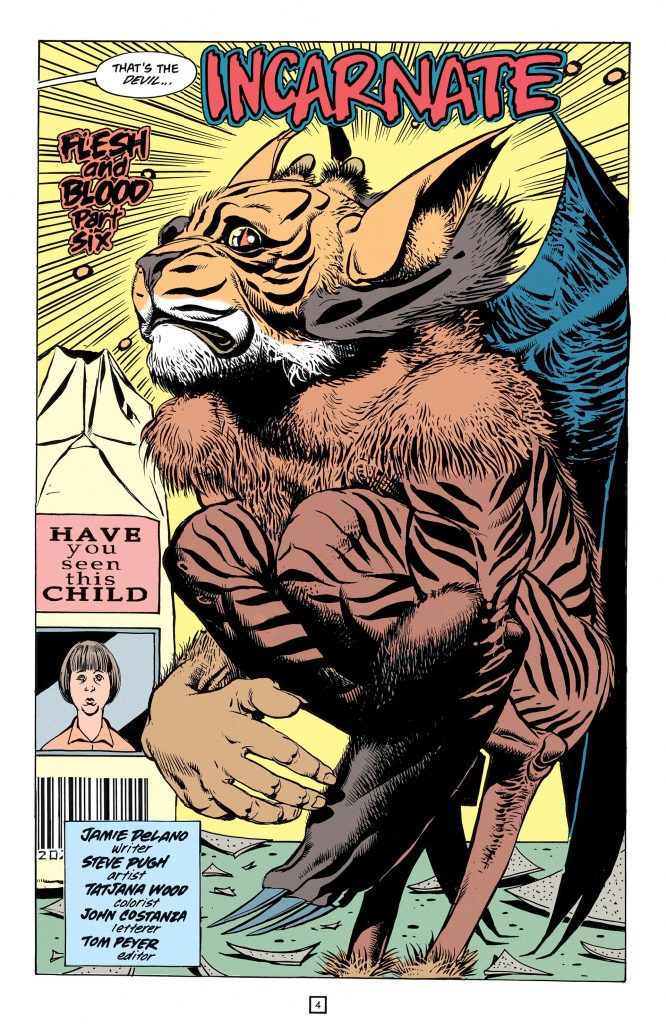 Note that although he’s depicted here as fitting nicely on the breakfast table, this body quickly grows to seven or eight feet in height while maintaining the same basic “tiger man” form factor.

2:48 – Maxine was revealed as the Avatar of the Red in Animal Man (vol. 2) #3 – in the New 52 continuity, that is. Although she was never officially named Avatar in the Post-Crisis continuity where this story takes place, her powers and goodness were still impressive enough that Animal Man actually founded a religion around her, the “Life Power Church of Maxine,” later in Delano’s run.

3:24 – We covered some of the “druggie issues of Hellblazer” here, here, and here.

5:36 – Eric’s referring to X-Men (vol. 2) #166-187, perhaps best known for the Havok-Polaris-Iceman love triangle, and for the introduction of Foxx, an identity used by Mystique in an attempt to sleep with her daughter’s boyfriend to test his fidelity.

5:52 – The Jamie Delano-Steve Pugh team worked on several issues of Hellblazer, including the “New Tricks” story linked above and the fantastically gross “Man’s Work” storyline.

6:52 – DC’s Frankenstein first appeared in 1948’s Detective Comics #135, created by Edmond Hamilton and Bob Kane (with debts acknowledged to Mary Shelley and James Whale). More recently, he featured prominently in Grant Morrison’s Seven Soldiers meta-series, continuing his longstanding enmity with the villains of that piece, the alien Sheeda. He’s also appeared in the Infinite, Final, and Blackest Night crises, and in his own New 52 series under the pen of Jeff Lemire.