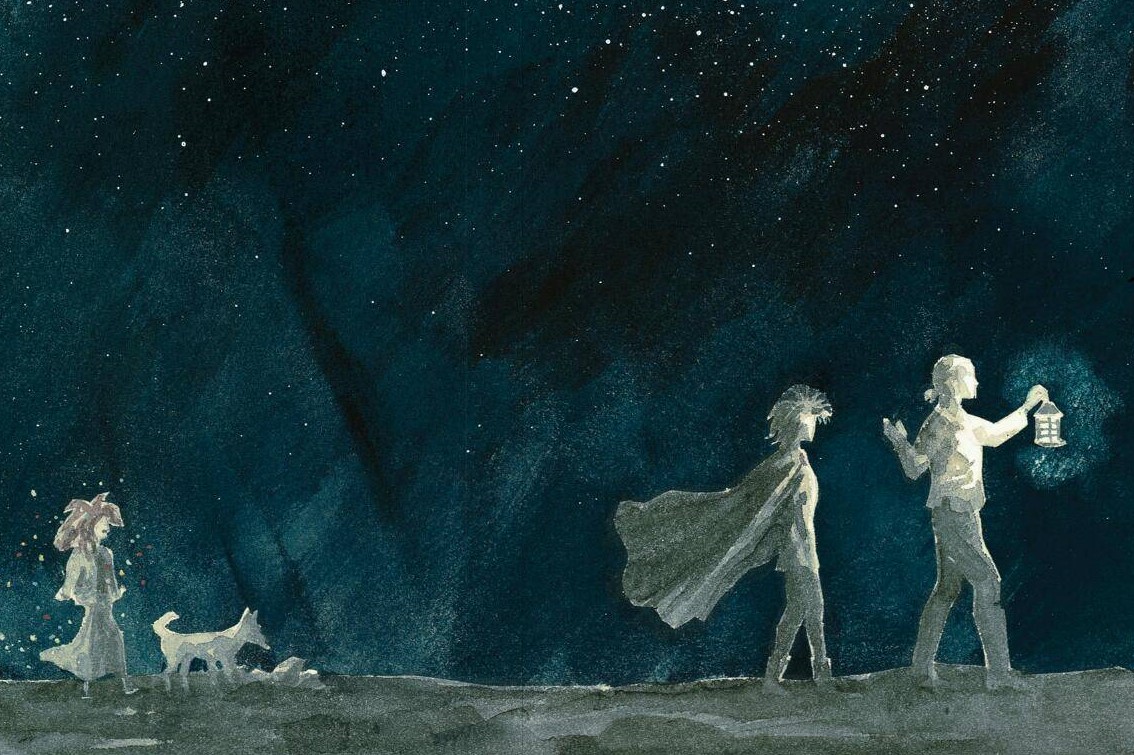 Dream and Delirium’s journey comes to an end, and with it Brief Lives. The Endless sit down under the stars to a lovely meal and a scintillating dinner conversation, but at what cost? There is nothing free in this world – not even dolmades.

1:43 – We’re not just forgetting the ex-girlfriend’s name. Throughout this arc, and the previous assortment of one-shots in which they were actually together, she’s been kept off-panel, and her name off the characters’ lips.

4:00 – We’re referring to Morpheus, not Destruction. He made off with someone’s fried chicken (or rather, someone’s dream of fried chicken) after escaping a long imprisonment in Sandman #1.

5:47 – Morpheus and Delirium had a similar exchange in a travel agent’s office in Sandman #43. At the time, Morpheus was being kind of sardonic at Delirium’s expense.

6:32 – And at the end of #45, Morpheus said enigmatically that he knew where they were going next, revealing only in the next issue that he meant they were calling it quits and going home. So he’s still being dickish in the same ways he was at the start of the journey, until Delirium points this out to him.

8:16 – That was a reference to The Office, one we’ve probably made before with regard to Destiny. It’s not really Dream or Delirium’s birthday. 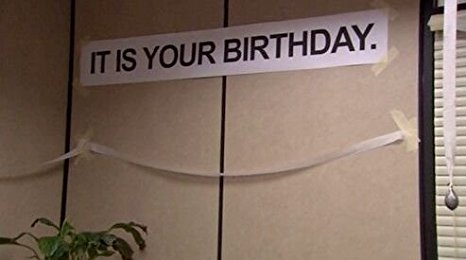 11:41 – Essentially, Delirium knows that Destiny would justify his actions here by saying that they were all foreordained, that he couldn’t do differently and that the consequences were inevitable. She’s rejecting that excuse.

13:59 – It’s every century. One such day is depicted in Death: The High Cost of Living.

15:18 – That’s a reference to the classic Swamp Thing #21, “The Anatomy Lesson,” in which Swamp Thing survived being shot in the head thanks to the timely reveal that he was not a reanimated Alec Holland covered in swamp gunk, but a plant creature that believed it was Alec Holland. This laid the groundwork for a vast expansion of the character’s mythology, as he was revealed to be a plant elemental and avatar of the global shared subconscious of all plants called The Green.

23:47 – For those sweet synopsis rhymes, you’ll have to look to one of our favorite podcasts, Titan Up the Defense.

24:14 – Dream invited Delirium to discuss her proposal for this quest over dinner in the first issue of Brief Lives – Sandman #41.

26:41 – It’s interesting that Morpheus and Delirium say the Endless haven’t really changed in the time since Destruction, the agent of change, left their ranks.

29:25 – For the full story of what happened to Orpheus (weird immortal family included), look no further.

30:17 – We’re referring again to the first issue of this series, in which Morpheus was imprisoned by a human warlock from 1916 to 1989. A small number of people worldwide suffered from “sleepy sickness,” becoming unable to sleep, or unable to wake, or unable to dream – but for the most part, the world carried on, and history unfolded the way we remember it.

33:25 – In support of this point, we saw Desire use its powers to inspire hatred in the first issue of this story arc.

34:46 – Yes, Destruction rolls up a pool of water in a piece of cloth. It looks really cool.

35:21 – Have we mentioned today that Delirium is a sympathetic but imperfect portrayal of mental illness?

37:14 – Eric’s paraphrasing, “The Devil built a robot,” from the Angel episode “The Cautionary Tale of Numero Cinco.” I realize that adds little context – the line is a throwaway joke in the episode, too.

38:01 – We haven’t really talked about Delirium’s appearance. She tends to wear somewhat inadequate clothing, like transparent fishnets or jackets with no shirt underneath, looking vaguely like she only half-finished dressing for a goth club. Between her mental instability and her own innocence about the whole thing, it never comes off as titillating.

51:11 – You don’t really get the full impact of this story without seeing this panel. 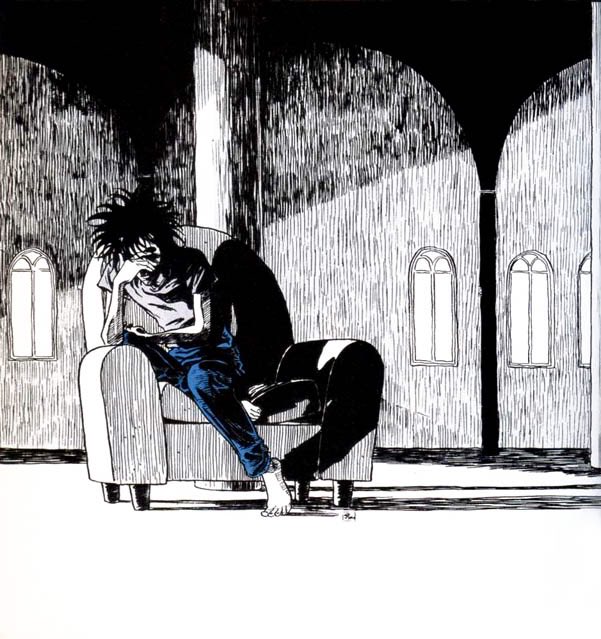