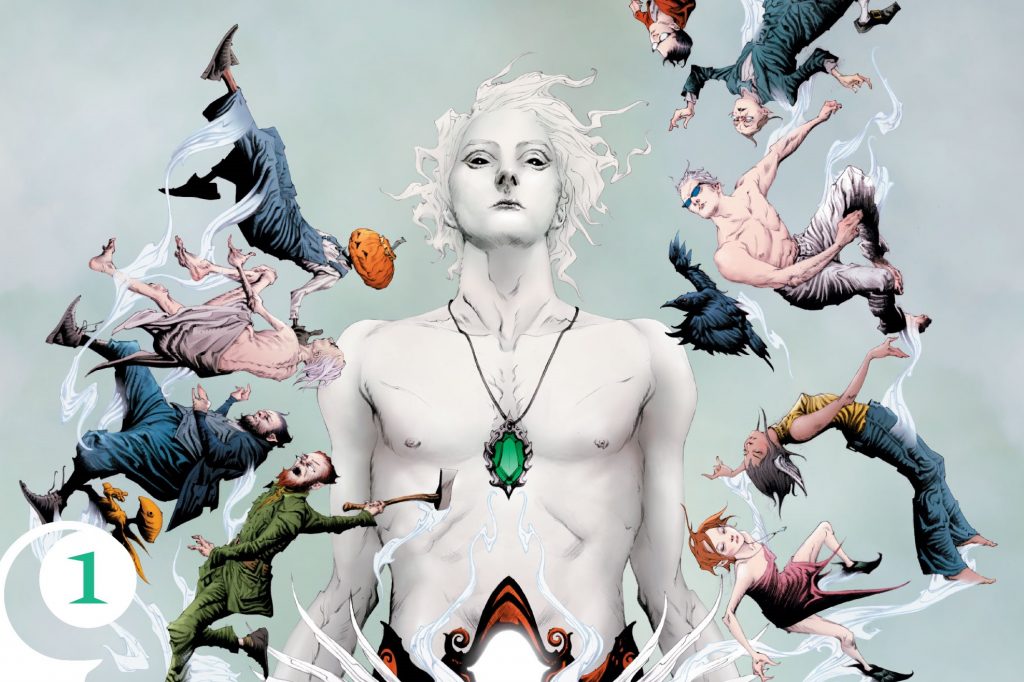 Time-traveling to the far-flung future year of 2018, Sean and special guest PK from Blankcast bring you a spoiler-filled review of the brand new Sandman Universe #1.

No new episode next week, but we’ll be back in two with the conclusion of Brief Lives.

This podcast contains spoilers for the original Sandman series and the movie The Town.

0:56 – For more on rooks and the parliaments thereof, see here.

1:35 – For context on this mystical house nonsense, you might listen in on our coverage of A Game of You.

5:28 – I love those old D&D monster books, with the hand-drawn black-and-white art with its spotty proportions and perspective. Don’t get me wrong, I love the slick, full-color art in today’s books too. But those early drawings conveyed a cool sense of mystery and danger, like these images weren’t authoritative, just the best that some adventurer who’d barely survived an encounter with the beast could do.

6:21 – That just made this song pop into my head. (By the way, PK’s referring to Gaiman’s modern classic American Gods and its spin-off Anansi Boys.)

7:32 – And now I’m saying “hella.” I just finished the excellent 2015 adventure game Life is Strange, and clearly I had it on the brain.

7:37 – The clouds are in the shapes of sexy people doing sexy things. They’re not just, like, attractive clouds. Or attractive Cloud Strifes.

8:08 – Cluracan met his nemesis in Sandman #58. Some early copies of The Kindly Ones trade paperback accidentally omitted these pages, turning the nemesis’ small but vital role later in the plot into something of an Ass Pull.

8:20 – Sidebar: I always thought “deep cut” meant a really obscure reference, like a deep track on an album. I have recently been informed that it often means an especially insightful jab. Here, I meant it in the former sense.

9:37 – PK’s referring to a repeated line from True Blood, in which Sheriff Andy Bellefleur tried to convince people he had seen “a bull! In a dress! With claws!” He was very emphatic, and in the same way every time.

11:56 – The Anti-Life Equation is a much-sought evil McGuffin of DC’s Fourth World sub-verse – the villain Darkseid is bent on eradicating or subjugating all life using the Equation, a mathematical proof of the meaninglessness of existence. Darkseid actually obtaining the Equation was a major plot point in DC’s 2008 crossover Final Crisis. Years earlier, the Equation made a cameo of sorts in Sandman: the demon Choronzon took the form of “Anti-Life” when he dueled Morpheus in the deadliest poetry slam.

14:22 – The Dreaming ran for 60 issues from 1996 to 2001. Although Matthew was killed off permanently in The Dreaming #42, Neil Gaiman effectively retconned the series out of existence by ignoring its events in his own subsequent Endless Nights stories, in which Matthew appeared alive and well (except for still being a raven).

16:22 – Brian K. Vaughan and Fiona Staples’ Saga is a love story set against the backdrop of an endless war between the planet Cleave (where everyone has wings, but not all the same kind) and its moon Wreath (where everyone has horns, but not all the same kind). However, it’s an Image comic, so we’d better stop talking about it before we get in any more trouble.

16:48 – You know who used to wear flannel shirts? Rachel Amber! Clearly this is where she ended up. Mystery solved!

17:52 – Not to nitpick, but if her first memory was Morpheus telling her she didn’t need to be scared, then she doesn’t remember being scared, right?

21:20 – To finish the thought, I think the only dream who stayed dead after the Kindly Ones’ assault on the Dreaming was Fiddler’s Green.

22:08 – In Dragonball Z, Zarbon was a minor evil henchman who was terribly vain. Normally, he looked like this: 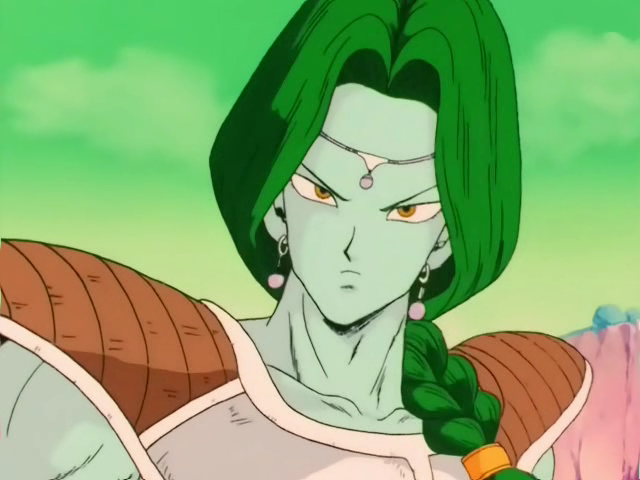 Like many characters, he could transform into a more powerful battle form. Uniquely, he hated doing so because his battle form looked like this: 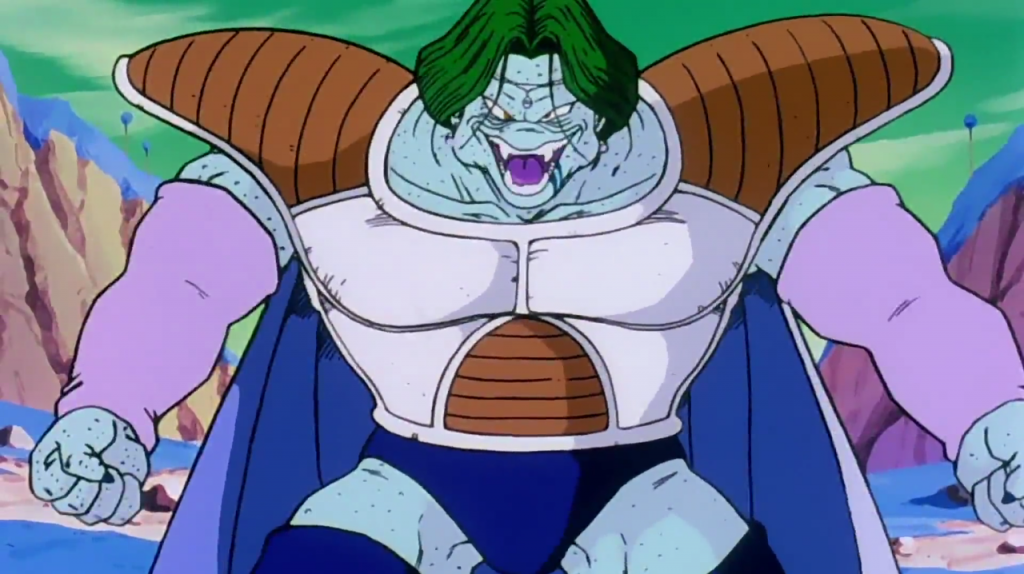 28:51 – PK’s referring to Down in New Orleans, performed by blues legend Dr. John in Disney’s 2009 film The Princess and the Frog.

32:57 – To be clear, “always wait half an hour” was my dumb joke, which was not funny. The comic actually is funny.

35:21 – At least in The Batman TV series, in which Killer Croc’s origin is always kept a mystery, a past run-in with vodou magic is suggested as a possibility.

38:55 – It’s worth noting that this accusation was leveled by Neil Gaiman. In World’s End, a man and a woman are trapped at an inn between worlds and hear an assortment of tales. The woman, Charlene, points out that all the stories they’ve heard (in this arc, not in the entire Sandman series) are “boys’ fictions,” and had no women characters with substance or agency. 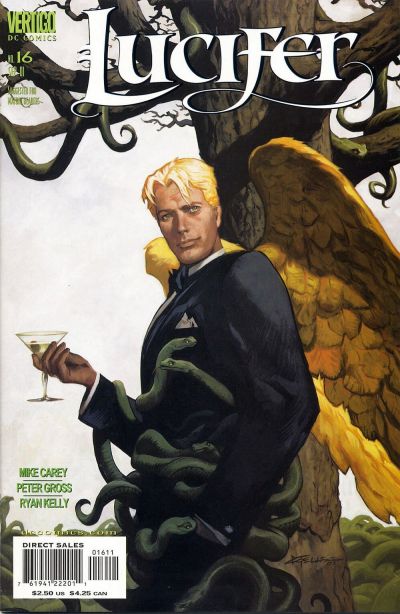 41:12 – For more on what PK thinks of Castlevania, see our Blankcast on the subject! 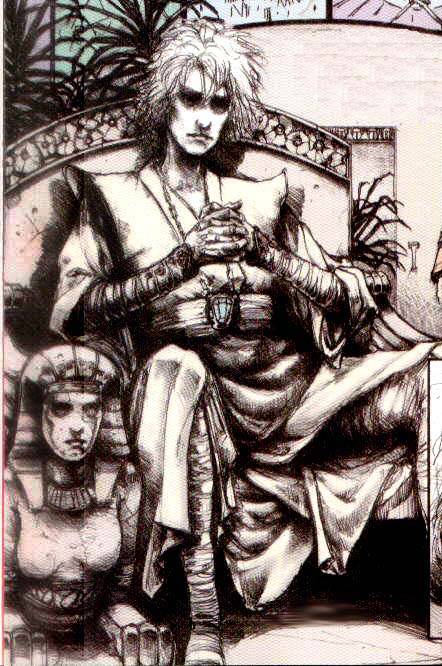 Eric Roberts wearing Time Lord robes as the Master in the 1996 TV-movie version of Doctor Who looked like this: 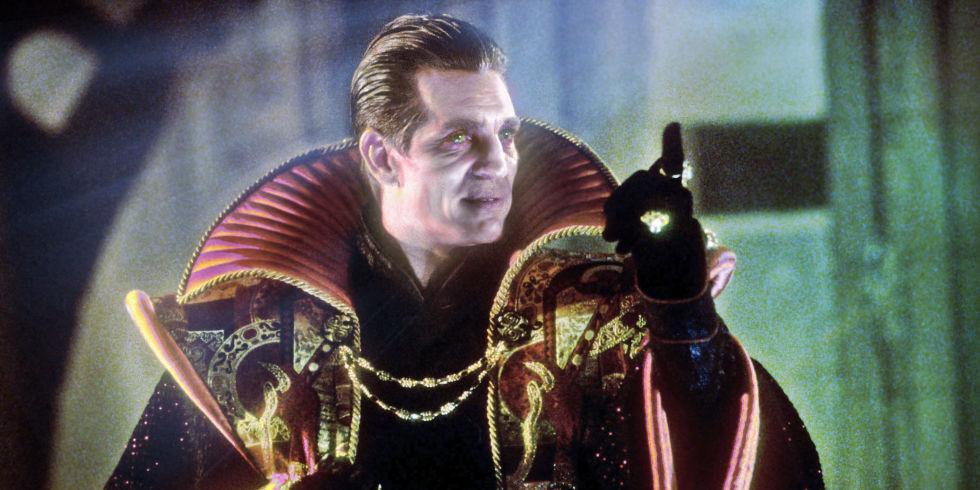 51:21 –Hector Hall, the Silver Age Sandman, briefly fought Morpheus in Sandman (vol. 2) #12. Unbeknownst to his wife, Lyta, Hector had died at least a year before and what remained was only a ghost, which Morpheus easily banished (leading Lyta to blame Morpheus for her husband’s “death.”) Hector (who had since returned to life and inherited the mantle of Doctor Fate) and Lyta Hall died and accepted Daniel’s invitation to the Dreaming in 2006’s JSA (vol. 1) #80.

53:15 – The titular Max Payne made this face for the entirety of his first game: 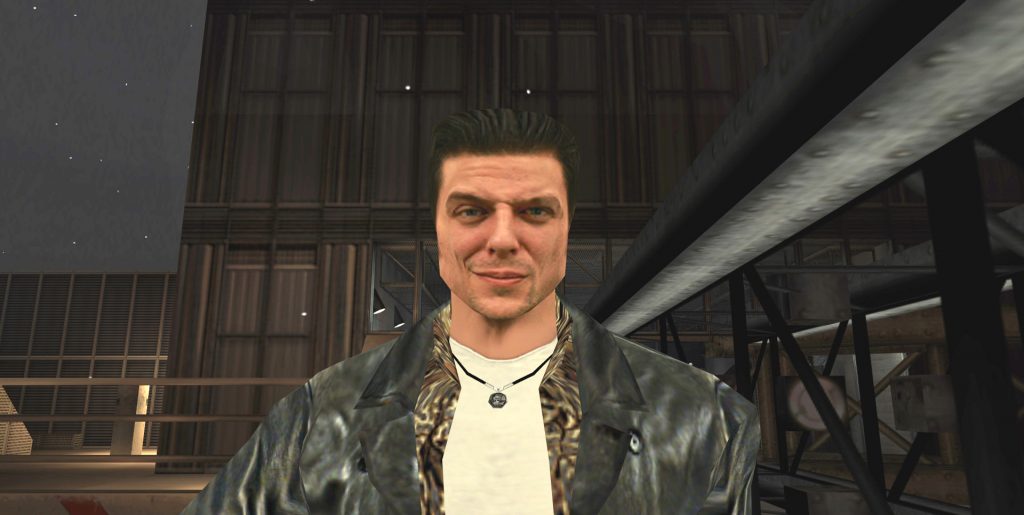 54:20 – Gaiman did write all the Endless Nights stories, and while the Endless occasionally made their presences felt in The Dreaming, these appearances were usually on the order of cameos, sometimes even as voices heard from off-panel.

57:33 – Archive Panic is the fear of getting into a new story because there’s so much of it already to catch up on.

59:34 – PK’s spooky tale here is no doubt inspired by Strong Bad’s description of The Cheat.