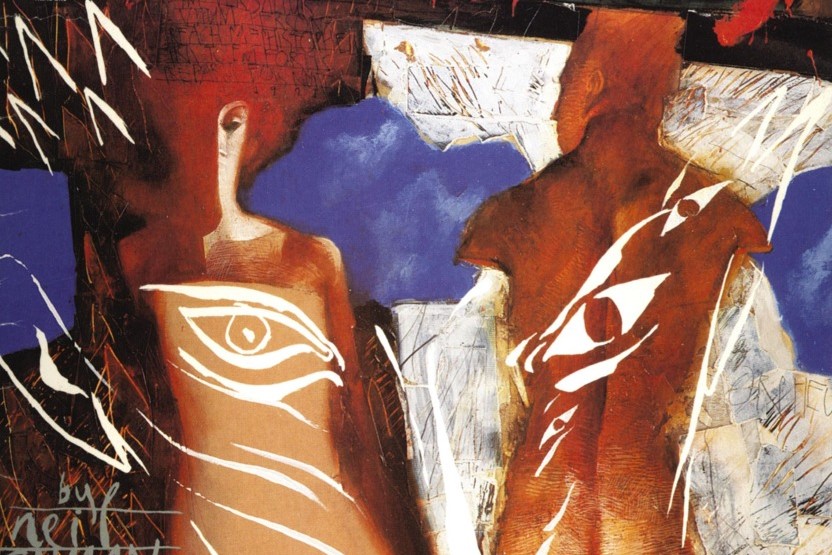 We look back on a classic tale in Sandman Special #1. Neil Gaiman delivers on Greek mythology as Dream goes to a wedding and Orpheus goes to Hell. Plus, a quick glance at Vertigo Preview #1.

No new Vertiguys next week, but we’ll be back in two with Grant Morrison writing Hellblazer.

6:30 – James Thurber was an author and cartoonist whose work was often seen in The New Yorker. He is perhaps most famous for his short story “The Secret Life of Walter Mitty,” which was adapted to film in 1947 and 2013. His cartoons employed a very round, sketchy style.

11:30 – Lindsey Buckingham is the lead guitarist and sometime vocalist of Fleetwood Mac. Along with Mick Fleetwood, Christine McVie, John McVie, and Stevie Nicks, he is a member of what is considered the band’s classic lineup.

12:44 – Star Trek: The Next Generation actor Wil Wheaton wrote a book entitled Memories of the Future, in which he reviewed the first season of the series, recalled his experience in filming, and reassessed his unpopular teenage-sidekick character through the lens of hindsight.

15:46 – You could say Orpheus’ lack of respect for the strangeness and power of his immediate family is one of the reasons things go so wrong in this story.

16:36 – The Lyre of Orpheus is a 2004 album by Nick Cave & The Bad Seeds, part of a double album with Abattoir Blues. The title track tells a story of Orpheus and Eurydice that really has very little to do with the original myth.

21:03 – I’m referring here to the 1990 Star Trek: The Next Generation episode “The Offspring,” in which Data builds an android daughter who quickly surpasses him in emulating human behavior and emotions, but sadly dies, the same malfunction that accelerated her processing burning out her computer brain. The “technological singularity” is the idea that once machines become able to build other machines smarter than they are, there will be nothing to stop them from building smarter and smarter machines, leaving humanity in the dust.

21:18 – Priapsm is a medical condition of prolonged erection, named for the Greek fertility god Priapus. Like Priapus, the satyrs of Greek myth were also known to have persistent, exaggerated erections.

27:54 – Brian Blessed is a British actor, known for his deep, impressive voice, which he brought to bear in such roles as Prince Vultan in Flash Gordon and Boss Nass in Star Wars.

29:22 – Destruction seems here not to approve of Dream’s haughtiness. Recall that in “Three Septembers and a January,” Despair claimed that this very character trait is what drove Destruction away.

32:03 – Tomb of Horrors is a notoriously difficult Dungeons & Dragons scenario, written by Gary Gygax himself. It’s essentially a tomb full of treasure set with so many nasty traps that it’s nearly impossible for players to escape.

32:36 – This is not the first time it’s been implied that in Sandman cosmology, mortals go wherever they believe they will go upon death. Back in Season of Mists, Lucifer insinuated that it was mortals’ belief in Hell that forced him to keep maintaining the place.

35:44 – My mistake. The water of the Styx does not possess any deleterious effects in Greek myth. In fact, being dipped in the Styx was purportedly the source of Achilles’ invulnerability.

35:55 – Since Death agreed never to touch Orpheus, the river Styx can’t pose any danger to him anyway.

39:41 – This isn’t actually true. The Dark Aeon superbosses weren’t new to the HD Remaster of Final Fantasy X, they appeared in the original PAL region and international versions of the game, just not in the original North America version.

40:14 – The Penny Arcade strip we’re talking about can be found here.

48:40 – “…where we last left Orpheus’s severed head, back in the French Revolution” might be a confusing phrase. This story, being set in antiquity, obviously takes place before that one. Nonetheless, in publication order, the French Revolution was the last time we saw Orpheus prior to this issue.

48:48 – Sean points out that when he defended Morpheus’ position in this story as compassionate but necessarily detached, he was sort of forgetting about the implication in this scene that Morpheus left his son in unending torment just for disowning him in an emotional outburst.

53:13 – Hob Gadling is the man who was granted immortality by Death and has a meeting with Morpheus every 100 years. He was introduced in Sandman #13, “Men of Good Fortune,” which we covered here.

53:44 – It might be worth noting that the myth of Orpheus bears a striking similarity to other traditional stories from around the world, including the biblical Lot and the Japanese Izanagi.