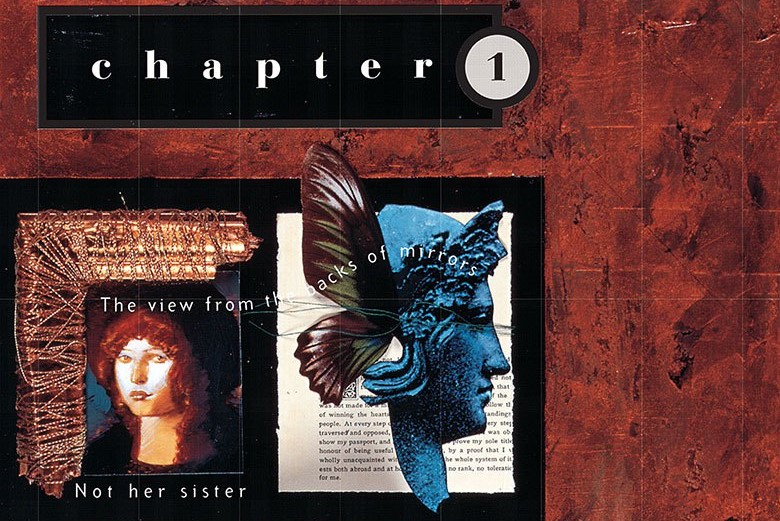 A fateful journey begins in Sandman #41-43. Delirium finds a purpose, Dream suffers a heartbreak, and Desire is most assuredly not involved.

2:17 – Peter Straub is an American horror novelist perhaps best known for his Vietnam novel Koko and for his collaborations with Stephen King, including The Talisman and Black House.

3:34 – The Duchess of Malfi features a poisoned Bible, and in 1499 Italian noblewoman Caterina Sforza allegedly attempted to assassinate Pope Alexander VI with poisoned letters. As well, the end of the 1922 children’s book The Velveteen Rabbit depicts the burning of a boy’s books upon his recovery from scarlet fever, for fear they could harbor the disease. So… maybe?

4:41 – We neglected to mention that Lady Johanna’s first meeting with the inhabitant of this island, and the reason she’s honored with a place here, were depicted in Sandman #29, covered here.

6:06 – Our recap of The Song of Orpheus can be found here. In short: Orpheus, the son of Morpheus, married the lovely Eurydice, but she was bitten by a snake at their wedding and died. With the help of his aunt Death, who promised not to take him, he entered the Underworld while still alive and struck a deal with Hades. Eurydice could return, provided Orpheus lead her to the surface without looking back. Of course, he looked back, and they were separated forever. Later he refused to party with some Maenads, so they ripped his head off, but because of Death’s promise, he didn’t die from it.

6:50 – We’re referencing The Legend of Zelda: The Ocarina of Time.

8:50 – The relevant Hellblazer issue can be found here.

11:57 – In X-Men (vol. 1) #130, Cyclops and Phoenix go looking for a new mutant (who turns out to be Dazzler) in what Jay and Miles termed, “the grossest disco in New York.” Although the telepathic Phoenix tells us that the patrons’ thoughts are “vile,” we don’t see anything much wilder than a guy with a safety pin through his nose.

12:09 – “Next I will play another Tori Amos song,” is from the Married to the Sea comic public harpist.

12:18 – In “Carbon,” Tori Amos sings “Get me Neil on the line / No, I can’t hold / Have him read ‘Snow, Glass, Apples’ / Where nothing is what it seems.” Gaiman has already read the revisionist Snow White tale; he wrote it. He also wrote the story fragments that adorn the liner notes of Amos’ 2001 album Strange Little Girls and a story for the Scarlet’s Walk tour book, both of which are collected in the Fragile Things anthology.

13:04 – The dynamic here rather reminded me of Barbie and Wanda’s encounter with the homeless Maisie in Sandman #32 (hear about it here), with one woman being much more sympathetic, one more cynical.

24:06 – Oops. It’s Desire calling on Despair to stop Delirium here, to no avail. That’s twice in this issue that Desire’s asked one of its sisters for something, and twice its pleas had no effect.

29:03 – At the end of A Game of You, Morpheus arrived to personally dismantle a particular dream world at the end of its life, as he was apparently obliged to do under a compact with the first person to dream there, the mysterious Alianora.

48:58 – The “dream stare” isn’t one of Morpheus’ powers (like the Penance Stare). It’s just a look he gives people sometimes.

59:43 – Eric’s referring to the quintessential work on the subject, Joni Mitchell’s Both Sides, Now.

1:02:51 – Morpheus’ advice on flying in dreams hearkens back to the “Fear of Falling” story in Vertigo Preview #1.

1:05:14 – Koschei the Deathless is a villain from Russian folklore, an evil sorcerer who has hidden away his heart or soul so that he cannot be killed. He was discussed (but did not appear) in Sandman #38.

1:08:39 – Yes, it’s another Queen song from the Highlander soundtrack!