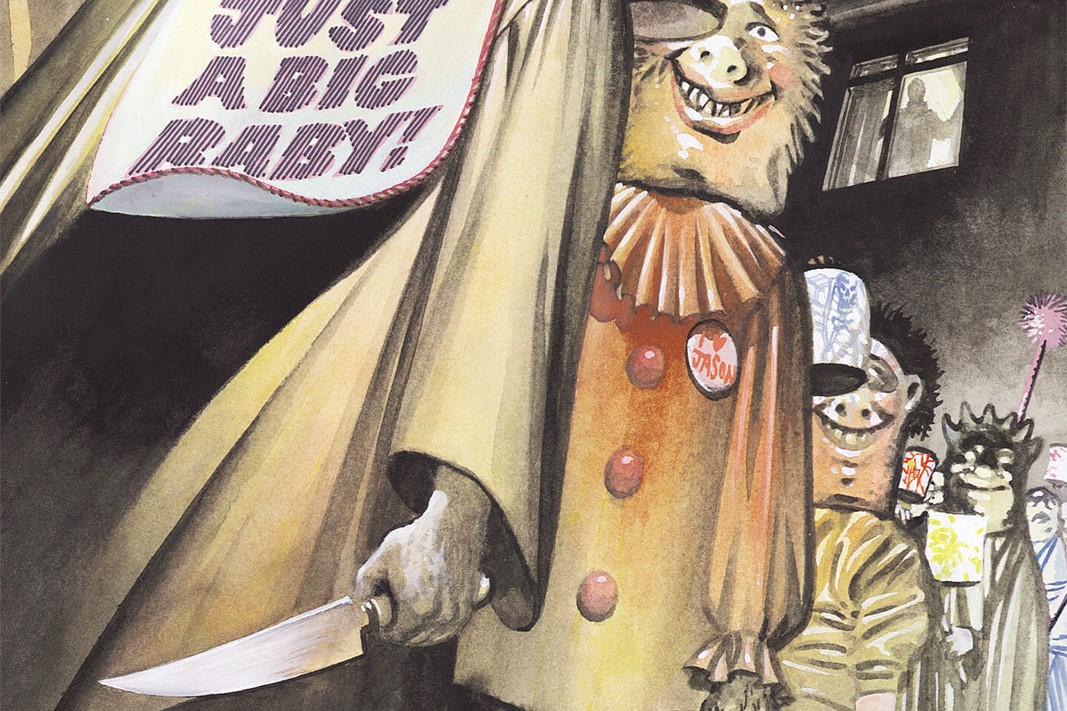 It’s an off-season Halloween spectacular in Hellblazer #25-26, as Grant Morrison brings us… a less coherent retelling of our least favorite issue.

4:27 – Constantine’s adventures with Jerry and Jerry’s house can be found here.

6:37 – Our coverage of the Newcastle incident can be found here.

10:52 – The Army never tells you what they’re doing, much like how the CIA doesn’t keep the general public informed when they’re debriefing KGB defectors in a safehouse.

11:04 – Horrobin is an existing Scottish name. In the 80s, British-Canadian entrepreneur David Horrobin made headlines when the American FDA blocked his company from selling primrose oil as a medical supplement in the US without proving it effective in fighting any illness.

13:17 – A Davy Lamp is a type of lantern in which the burning wick is enclosed in a mesh screen to prevent igniting flammable gases in the surrounding environment. Constantine is being imprecise here – though Davy Lamps were often used in coal mines, there would be little use for them in the open pit mines that Thursdyke had.

16:50 – Parson Bayliss is quoting from the biblical Gospel of Matthew, specifically Jesus’s Sermon on the Mount. This verse is generally interpreted as an exhortation to prayer.

22:37 – Arkham Asylum: A Serious House on Serious Earth is a 1989 graphic novel written by Grant Morrison with art by Dave McKean (who did most of the covers for the Sandman and Hellblazer issues we’ve covered on this podcast). This was Morrison’s first time writing Batman, and while it isn’t considered canonical, it has become a definitive take on Arkham Asylum.

23:04 – There’s an inherent cynicism, too, to the idea that if you wipe out people’s inhibitions, they turn on their loved ones – that it’s deliberate repression, as opposed to not wanting to, that keeps people from brutally maiming their families.

24:35 – Justice League Europe was a Justice League spin-off that ran from 1989 to 1994. It was created by Keith Giffen and J.M. DeMatteis, who were given largely free rein. As a result, it was known for ridiculous humor and character concepts. If he were a superhero or supervillain, Archbishop Bomb would fit right in.

18:58 – As we’ve mentioned before, Matt Ryan is the actor who plays John Constantine in various Arrowverse and DC Animated projects, including the short-lived TV show Constantine.

30:38 – Another biblical quote, this one from the Book of Job, specifically a section in which God asserts his wisdom and power and Job’s weakness and ignorance.

33:10 – We’re referencing Harold Meachum’s brutal murder of his assistant Kyle on the Marvel Netflix series Iron Fist. It’s a scene that bears a fair amount of resemblance to this one.

34:49 – The novel, film, and TV series versions of Thomas Harris’s Hannibal all portray the character Mason Verger being induced to cut off his own face by Dr. Hannibal Lecter while under the influence of powerful psychoactive drugs.

38:11 – I was referencing the Art Reynolds Singers gospel song “Jesus is Just Alright,” from their 1966 album Tellin’ It Like It Is. The song was more famously performed by The Byrds on their 1969 record Ballad of Easy Rider.

39:58 – Azrael is also the codename of DC superhero/villain Jean Paul Valley, when he’s not assuming the identity of Batman.

40:38 – We forgot to consider the possibility that the white light signified direct intervention by God.

59:53 – Vertigo’s Mad Max: Fury Road comic series only lasted four issues, but it was never intended to run any longer than that.