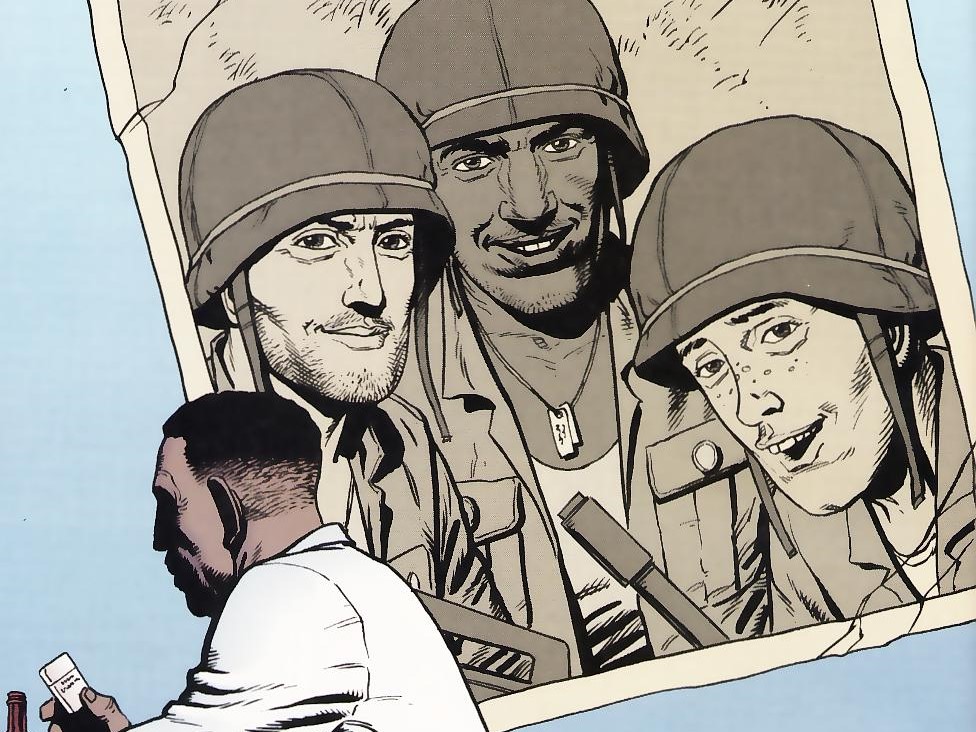 Preacher catches its breath in issues #17-18. Cassidy plays a long con, Jesse and Tulip stop for breakfast, and Garth Ennis takes on The Things They Carried.

3:14 – For example, we saw Jesse in his collar, drinking with Cassidy over a knocked-out mook on a pool table on the cover of issue 6.

5:38 – Masada, the mountain fortress of Herod the Great whose defeat in a three-month siege ended the First Jewish-Roman War, remains one of the most popular tourist attractions in modern Israel.

8:25 – In case you didn’t know, Newt Gingrich is an American politician, a former US Representative from Georgia and, at the time of this issue, Speaker of the House.

13:06 – Herr Starr’s backstory and motivations are laid out in Preacher Special: One Man’s War, which I’m looking forward to covering in a future episode.

18:49 – Jesse makes reference here to second-wave feminist Germaine Greer and to author Andrea Dworkin. Known for her staunch opposition to pornography and male social domination through sex, Dworkin’s work has been interpreted as opposed to all heterosexual sex, which may explain Jesse’s disagreement.

23:23 – We may have mentioned before that we really didn’t enjoy Hellblazer #5.

26:38 – John Custer was adamant about the difference between a Marine and a GI when he first met Jesse’s mother, Christina, as we saw back in Preacher #9.

33:15 – The Conqueror is a famously bad 1956 film directed by Dick Powell and starring John Wayne as Genghis Khan. Legend has it that the film is to blame for Wayne’s death: it was shot downwind of a nuclear weapons test site, and several of the film’s cast and crew, including Wayne, eventually died of cancer. However, Wayne himself blamed his lung cancer on his lifelong smoking habit.

41:44 – The issue attributes this line to an anonymous US serviceman, as quoted in Mark Baker’s book Nam.

42:47 – By way of counterpoint, John Custer described his own experience in Vietnam thusly, upon his return home (seen in Preacher #9): “I never killed no babies, but I ain’t denyin’ I saw an’ did some pointless, fucked-up things over there. An’ if I was bein’ honest, I’d have to say it was ‘cause someone told me it was the right thing to do…”