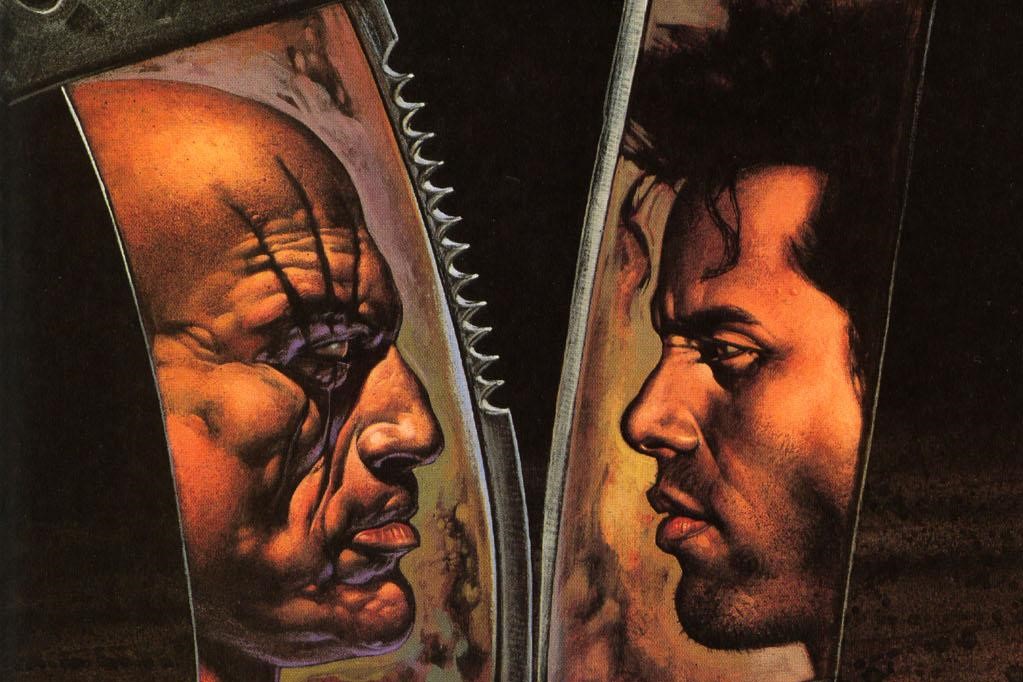 Patience is rewarded in our latest episode, as the Masada story arc finally reaches its explosive conclusion in Preacher #22-24. Join us as Jesse learns more than he wanted to know, Cassidy meets his maker, and the Allfather falls.

2:09 – I’m not just bringing up a past humiliation here; the number of functioning aircraft in Masada will become a plot point shortly.

2:30 – Nobody in the bar actually had unlicensed nuclear weapons. This isn’t Hellblazer.

2:42 – For a much more detailed recap of the events that brought us to this point, check out our previous Preacher episode.

3:33 – Jesse’s making reference to Where Eagles Dare, a 1968 war movie starring Richard Burton and Clint Eastwood, directed by Brian G. Hutton and based on the novel by Alistair McLean. The film involves a commando assault on a German mountaintop castle during World War II. As he’s an established fan of cowboy movies, we might presume Jesse sees himself in the Eastwood role.

10:36 – Not quite. There are 195 countries on Earth at the time of this writing. Although it only takes about one second to say, “Thank you,” more time would be lost in making connections, etc. Assuming 10-second calls, it would take about 33 minutes to receive all 195. That sounds boring to me, but D’Aronique enjoys reveling in his own importance.

13:57 – Although Jesse definitely intended to kill Marie L’Angelle, he didn’t actually take any direct action toward making it happen. The house was set ablaze by one of her henchmen, panicked after Jesse set him on fire, running into the building.

15:37 – Starr’s definitely a pragmatist, but he wouldn’t care for the term “politician.” We’ll learn how much he hates politicians when we cover Preacher Special: One Man’s War.

30:28 – We haven’t seen it yet, but Genesis will adorn the cover of the series’ penultimate issue, Preacher #65.

31:10 – Sorry, that’s DeBlanc and Fiore. Pilo wasn’t so worried about the spy, as far as we know – DeBlanc actually suspected it was Pilo.

31:23 – When we say “the Grail’s inside man,” we should perhaps more accurately say “Starr’s inside man,” since it’s clear this is one of the secrets he’s been keeping from Allfather D’Aronique and the Grail at large.

47:53 – We ended up discussing this moment further after turning off the mic, and found room for interpretation. Eric felt this suggested the child was smarter than he let on, while I read the child as genuinely mentally impaired, but also somehow able to access a reservoir of Christlike power and grace.

50:41 – Jesse and Cassidy discussed their mutual love for Laurel and Hardy during the San Francisco arc, back in Preacher #13, comparing the comic duo favorably to Charlie Chaplin. “Fella likes Stan an’ Ollie,” Jesse surmised, “he likes a good plot an’ good characters, doesn’t like the story gettin’ lost in the style. He’s probably a stand-up guy.”

55:23 – Published by AfterShock and drawn by Russ Braun, Jimmy’s Bastards features the many illegitimate children of a James Bond-like Casanova superspy teaming up to take him down.

57:08 – Actually, this kind of gets to the heart of one of my issues with the book. It really is pornography, if not in its level of detail, then at least in the degree to which large swaths of the plot consist of hackneyed setups for sexual content.

By the way, I really don’t like the way this book treats its female characters so far. One woman, we are told, gave up a career as a successful lawyer to be cyberized as a spy and messenger for her mysterious employer, who also offers her sexually to every man she meets. No indication is given as to why she’d accept such employment. I guess there is a possibility that I’m reading literally what is meant to be contemptuous parody, but as a general rule I don’t enjoy contempt. 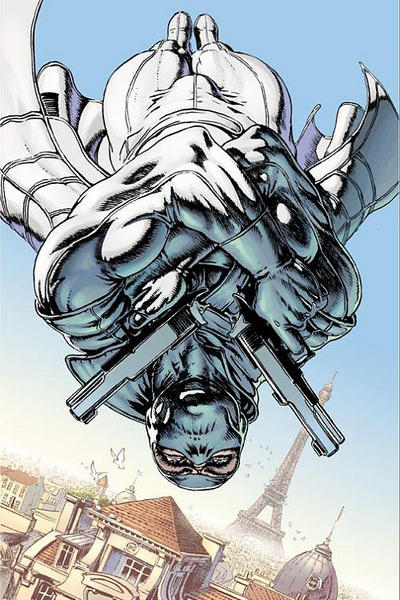 1:01:40 – Titan Up the Defense, which remains one of our favorite podcasts, often refers to Teen Titans benefactor Mr. Jupiter as, “the richest and therefore most trustworthy man in the world.”