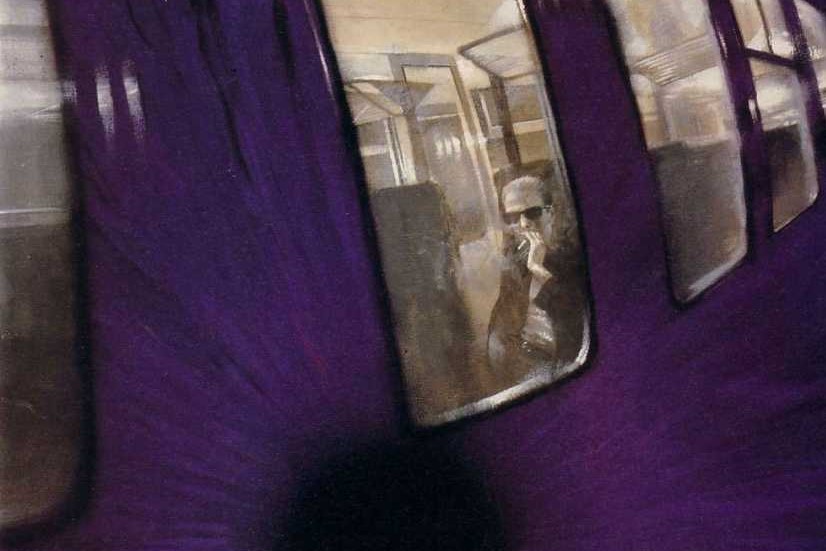 Constantine gets a little closer to the mystery of The Fear Machine in Hellblazer #17-19. I won’t give too much away but: psychic assassins confirmed!

2:58 – We’ve seen Mike Hoffman’s art before in Hellblazer #13. After a few issues of Hellblazer and a brief run on Swamp Thing, Hoffman gave up on the major publishers and went independent.

3:45 – If you want to learn more about The Horrorist (not the most logical reaction to the name The Horrorist, but to each his own) you can do so here.

4:38 – Given the rest of the comic, Webster’s statement that “Carelessness costs lives” is either ironically prophetic or just astutely observant.

16:58 – Eric refers to the dissolution of the Soviet Union on December 26, 1991. I mistakenly posited that the Berlin Wall was down at the time of this issue in April 1989 – in fact the wall’s checkpoints would be opened, and its dismantling begun, on November 8, 1989. Mikhail Gorbachev and George H.W. Bush declared the end of the Cold War in a joint statement from the Malta Summit on December 3, 1989.

18:31 – John’s making a pun here. A fellow traveler is someone sympathetic to a political ideology; in the West during the Cold War the term served as slang for a Communist sympathizer. John not only helped out the Communist agent, of course, but literally traveled with him on a train.

30:47 – In Hellblazer #6, “Extreme Prejudice,” the demon Nergal lured four skinhead jerks into a public men’s room. Mistaking him for a gay man, they prepared to commit some homophobic violence, but were instead torn apart in a scene reminiscent of a “canary in a Cuisinart.” Nergal later reassembled parts of all four into a multi-headed, many-limbed giant he employed as an assassin.

33:51 – A “Nosey Parker” is a busybody or eavesdropper, someone who noses into other people’s business. Mercury is addressing the letter to the government employee she presumes will be reading – and most likely discarding – her mail.

36:41 – The implication is that Mrs. Corbett was a child during the London Blitz, when bombsites were a common sight in London and black markets were often the only option to stave off starvation.

50:48 – Here we refer to the Tatsumaki Senpukyaku, as well as the Hadouken.

51:14 – If you want to skip the next 1:05 of this episode and hear a much more in-depth recap of the Sandman half of this crossover, look no further.

59:03 – Back in issue 9, John convinced Zed to sleep with him one more time before she went off to get pregnant with the Messiah for her fundamentalist cult leader father. John did not reveal that he’d recently received a transfusion of demonic blood from Nergal – when the angel showed up to conceive the Messiah with Zed, he deemed her tainted and killed everyone in a rage. Until Errol mentioned in the first part of this story arc that he picked up a Zed hitchhiking from Gloucester (the site of the cult’s HQ), readers and John alike had to conclude she died there.

1:01:27 – The Circle of the Black Thorn could probably be considered work mates?

1:02:13 – Here I’m referring to Savage Things, which we covered all the way back in our first episode.

1:03:57 – On May 31, 2014, 12-year-old Payton Leutner was repeatedly stabbed by two other girls her age, apparently in an effort to either impress or ward off the Slender Man, a fictional horror character of internet urban legend. Leutner miraculously survived her wounds characterized as “one millimeter away from certain death.”

1:09:55 – If you’re interested in Star Wars or Lord of the Rings lore, you should check out What’s Lightsabers, Precious?, which you can find here.