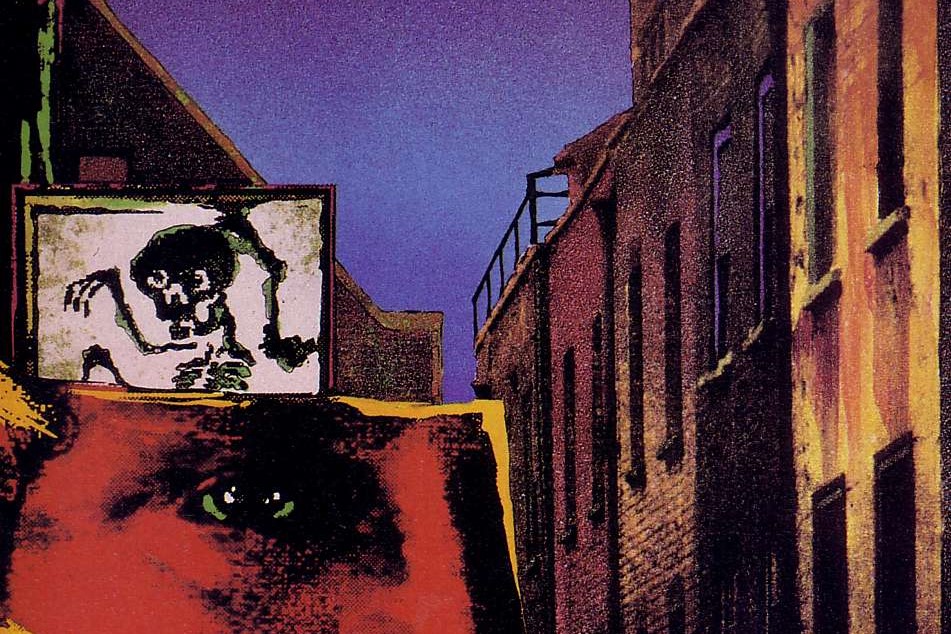 Garth Ennis takes over in Hellblazer #41-43 – for the final days of Constantine’s life! Listen in as John gets bad news, phones a friend, and shares a drink with the Devil.

2:32 – Before it was a meme, “Spooky Scary Skeletons” was a 1996 song written and performed by Andrew Gold, from his album Halloween Howls.

3:03 – Eric’s referring to our Convergence episode.

5:32 – This little monologue sets up the contrast between John’s dangerous lifestyle and the ordinariness of his imminent demise, but also serves as a little introduction to the character for new readers.

7:10 – Eric decided he was thinking of someone else, but I see a certain resemblance between this panel of John and Third Doctor Jon Pertwee. It’s the arched eyebrows. 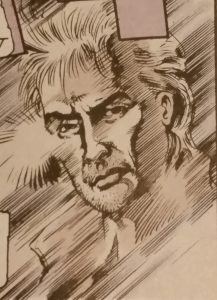 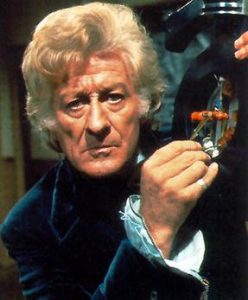 10:08 – That was a quote from The Hold Steady’s “Constructive Summer,” which can be found on their 2008 record Stay Positive.

10:40 – This all happened in John’s ill-fated first attempt to do battle against Hell, as seen in Hellblazer #11.

11:16 – Richie inadvertently turned himself into software in Hellblazer #7, and uploaded himself into the body of a demon in issue #12. Then he was dragged away to Hell to practice being a demon for a few millennia before they’d let him out again. Can’t have amateur demons running around embarrassing everybody.

13:00 – Government agent Matthew Cable was a recurring enemy of Swamp Thing, as well as husband to Swampy’s friend Abigail Arcane. When he decided to go for a drive while simultaneously drunk and possessed by an undead sorcerer, he crashed his car and fell into a coma, eventually passing on and becoming the Sandman’s raven familiar.

13:25 – El Alamein is a town in Egypt, the site of two battles in the second World War.

30:09 – We didn’t call this out in the audio, but it’s worth noting that the First seemingly arrives with perfect knowledge of where to find Brendan’s body. Neither the secrecy of the shrine nor its holiness provides any protection for Brendan’s soul.

32:34 – Here, the First implicitly denies having the same kind of foibles as mortals do (but, as we’ll see, John will play on those faults to get the better of him). Similarly, Morpheus denied being “foolish, and boastful, and lonely” while bargaining with King Haroun al-Raschid (in Sandman #50) – at least two of which he demonstrably is.

34:17 – Eric is making reference to the Joan Baez song “Here’s to You,” found on the the soundtrack of the 1971 film Sacco & Vanzetti as well as multiple Metal Gear Solid games.

36:06 – There was no Age of Apocalypse Gamma, but the event did have a prelude called X-Men Alpha and an epilogue called X-Men Omega.

40:09 – The Mid-Atlantic accent was a deliberate blending of American and British vernacular and pronunciation. Not naturally found anywhere on Earth, it was nonetheless taught to upper-class American prep school students – and to actors like Katharine Hepburn and Cary Grant – in the early 20th century.

41:36 – In his run on Swamp Thing (where Constantine originated as a guest star), Alan Moore revealed that the titular swamp monster was an agent or avatar for The Green, the shared consciousness of all plants. Animal Man would later be established as the corresponding agent for The Red, representing all animals – including human beings. The Red first appeared in Grant Morrison’s run on Animal Man volume 1 under the names, “the template” or “the morphogenetic field,” but wasn’t branded as The Red until Jamie Delano’s 1992 Roadkill story arc.

45:00 – I’m referring here to our customary sign-off on Blankcast.

49:04 – For more on this story, I can only recommend our perennial favorite, Titan Up the Defense.

50:08 – It’s worth noting that Gabriel’s explanation is in line with philosophical arguments on the purpose of free will and mortal life as a test. John asks why these things are happening to him; Gabriel lists the choices John made that led him here. He can’t or won’t fix John’s problems, it’s implied, because they are the consequences of John’s free-willed choices. Ennis’ cynicism toward religion in light of the problem of evil constitutes a major theme in Preacher as well.

50:14 – John tried to kill his father with a curse – but reversed it in time to cause only severe illness – when he was a teenager, as depicted in flashback in Hellblazer #31, “Mourning of the Magician.”

50:47 – That’s a reference to The Cider House Rules, obviously. In the 1985 novel by John Irving, and the Academy Award-winning 1999 film, the titular rules – which consist mainly of injunctions against climbing on the roof of the cider house – are described as written by outsiders for people they don’t understand, in what is clearly intended (especially given that two major characters are abortion doctors) as a metaphor for religious commandments.

51:03 – We were reminded of this line from Tenjho Tenge scribe Oh! Great’s rocket-skating manga Air Gear.

51:16 – It’s been a while since this came up, but the National Front is a fascist, ethnic nationalist political party in the UK.

54:46 – I have previously complained about Jamie Delano not doing enough to establish senses of continuity or community in the series, particularly with regard to the mass extermination of supporting characters in The Fear Machine, so it’s nice to see Ennis always planning ahead.

55:38 – I’m referencing this scene from The Blues Brothers.