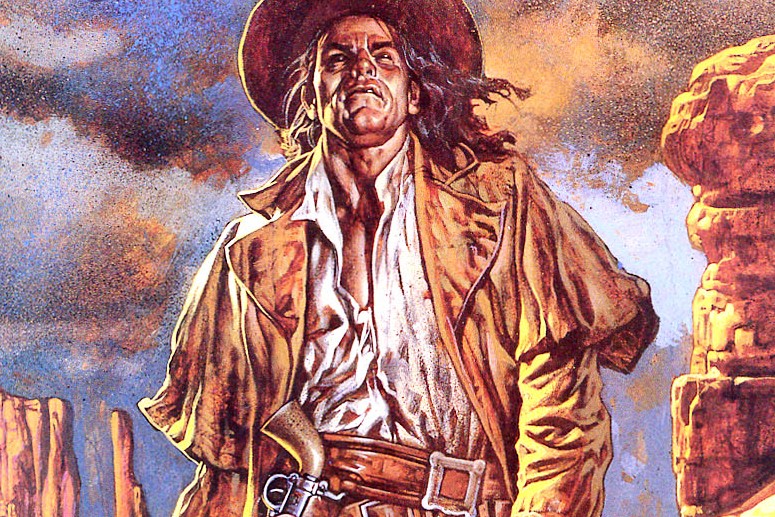 Welcome back, folks, and happy Fourth – Herr Starr’s brought the biggest fireworks to the party in Preacher #34-37, but will it be enough gun to stop the Saint of Killers?

1:17 – Trogdor is a character from Homestar Runner.

1:56 – We’re talking about a running joke on one of our favorite podcasts, Titan Up the Defense.

2:15 – Sean’s joke here is pretty similar to a bit from that Facebook movie. I wasn’t gonna call him out on it here, but he told me to.

4:35 – Rene Belloq is a villain from the 1981 Indiana Jones movie Raiders of the Lost Ark.

6:57 – At least part of the joke here is that grunge music was known for its indistinct vocals.

8:45 – I just did three impressions in a row while shutting Sean out completely. Sorry for hogging the ball!

13:13 – Jesse’s quip here is a reference to the 1972 thriller film Deliverance, the plot of which revolves around canoeists being raped by southern stereotypes.

13:30 – “Sodding France” is from a line delivered by our old pal Spike from Buffy the Vampire Slayer. 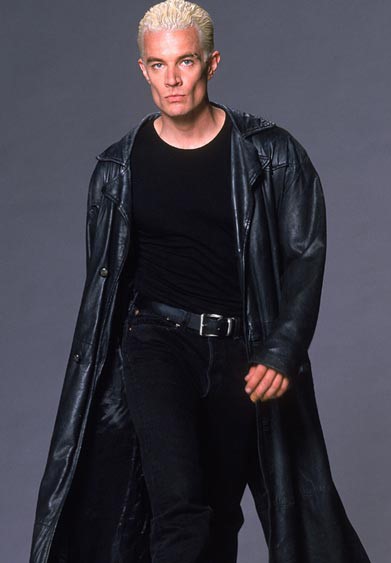 16:00 – I think we’ve explained it in this space before, but the DTs stands for “Delirium Tremens,” a state of withdrawal from alcohol.

19:00 – George Armstrong Custer is a notorious figure from the United States’ wars against Native Americans. He is generally (though not unanimously) considered emblematic of the cruelty and arrogance of the American military in this conflict. He was killed when his forces were defeated by the Lakota at the Battle of Little Bighorn, also known as Custer’s Last Stand, in 1876.

25:28 – Herr Starr’s speech about the Saint of Killers reminded us of 1998’s delightful The Mask of Zorro.

30:25 – We learned that history in the Saint of Killers miniseries, covered here.

34:02 – We’re joking about the resemblance between Tulip’s cover pose and the classic TV Trope SEAN CONNERY IS ABOUT TO SHOOT YOU.

34:17 – James Franco was acting in commercials and TV guest spots starting in 1997, but didn’t really break out until his regular role on cult series Freaks and Geeks in 1999.

38:37 – This is a reference to an earlier line we summed up: Holden’s specific threat to Starr was that if one of his people was hurt, Holden would “carve out your fucking German liver.”

40:04 – “Give me the sixty,” is a quote from an iconic moment in Garth Ennis and Darick Robertson’s 2003 Punisher origin story Born. Frank Castle’s preference for the M60 machine gun recurs throughout Ennis’s Punisher work. Here’s a relevant image, drawn not by Robertson but by our own Steve Dillon: 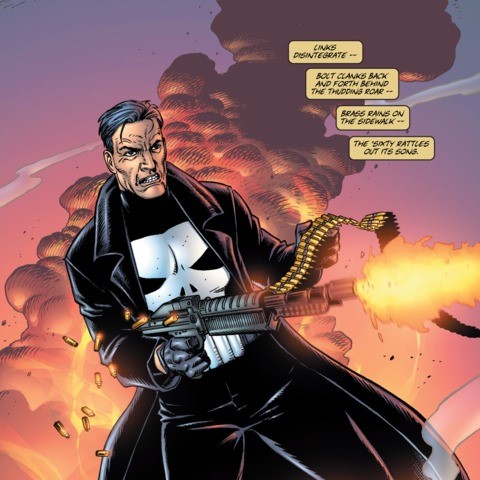 43:33 – We discussed my ignorance of the world’s deserts in the Convergence episode.

43:44 – For better or worse, the bomber pilot did know which desert.

47:57 – This is a pretty obscure one. “The DA is gonna say that you were the shooter” is a running joke between my brother and I. It’s a line from one of David Caruso’s handful of interrogation scenes during his brief but excellent tenure on NYPD Blue, before he quit to become a movie star, failed, and ended up fiddling with his sunglasses for ten years on the far inferior cop show CSI: Miami.

48:33 – Speaking of things that are obligatory in your role, The Rock reminds us to shut our mouths.