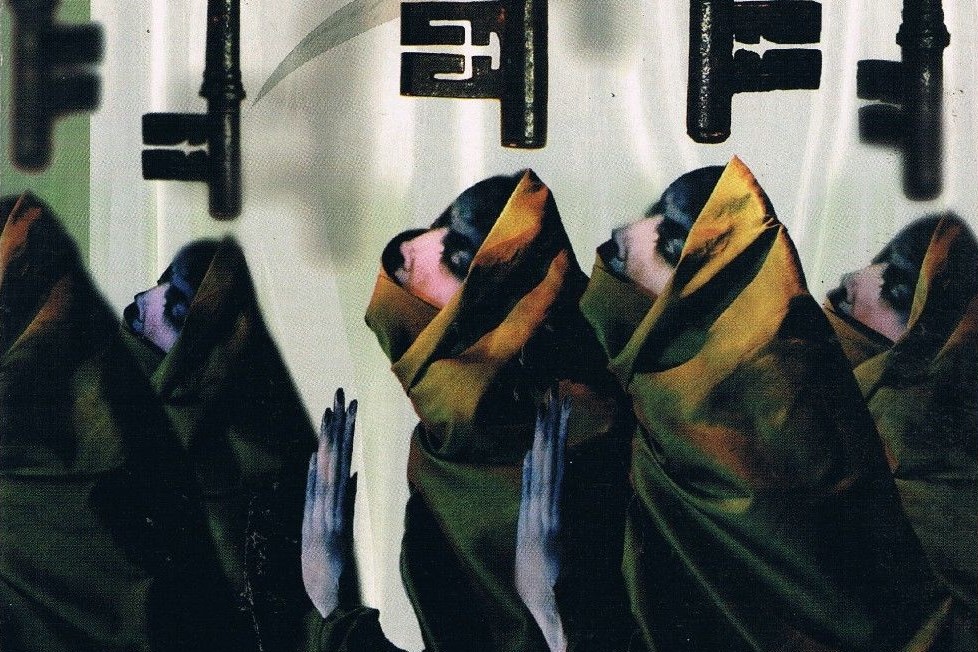 The plot thickens with the second installment of The Kindly Ones in Sandman #60-61. Carla has questions, Rose Walker returns with life lessons, and Matthew finds himself in the buddy cop movie of the year.

2:00 – We discussed the Convergence with our friends Joanna and Ryan from What’s Lightsabers, Precious? in this episode.

2:45 – Duncan Eagleson’s DeviantArt gallery can be found here, and his portfolio on his website here. 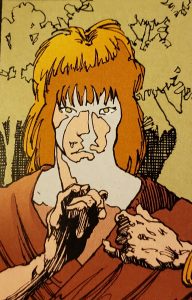 8:32 – Remiel’s designation as watching over those who rise comes from the Book of Enoch, an ancient Jewish text which, while not now considered canonical to either the Jewish or Christian faiths, includes a wealth of information on specific angels.

8:45 – Lucifer’s point is that, as Remiel’s co-monarch is silent, Remiel is effectively the sole ruler of Hell.

10:06 – As far as ability is concerned, Lucifer’s DC Database entry does list “nigh-omnipotence” among his powers, presumably drawing on information presented in his own series. Thus far in Sandman, all he’s really demonstrated is eternal life, durability (he survived having his wings hacked off with a knife), foresight (as we saw in The Kindly Ones’ first chapter), and control over Hell itself. Consequences are a separate issue – we might assume the Creator extends a certain protection to his angels.

12:17 – There’s a little joke here – the adventurer suggests Lyta wouldn’t be happy being referred to as a fury, but her superhero name in her Infinity, Inc. days was actually Fury.

22:51 – Morpheus unmade the Corinthian and stashed his skull back in Sandman #14. He bottled up Azazel in Sandman #27, and bought the original city of Baghdad – the legend, not the reality – in Sandman #50.

29:50 – Late in The Doll’s House, Zelda’s partner in arachnophilia, Chantal, mentioned that Zelda had told her this same tale, adding that, “it cheered me up remarkably.”

32:55 – In fact, Morpheus offered Unity an eternity in the Dreaming after her death in The Doll’s House. Presumably, she’s still there.

38:06 – A key feature of this bauble we neglected to mention this week: Morpheus enchanted it when Nuala left the Dreaming so that if she holds it and calls for him, he’ll appear and grant her one boon.

38:19 – This is a pretty old-school poetic insult. As far back as Shakespeare, at least, husbands of unfaithful women have been described as horned or “wearing the horns.” Nuala’s saying that Titania’s cheating on Lord Auberon, although it’s unclear if she thinks there’s actually something going on between Titania and Morpheus, or is merely commenting on Titania’s obvious eagerness for an extramarital dalliance.

44:03 – Pinkerton is essentially describing one take on what’s happening to Lyta: by stepping away from sanity, she’s able to interact with the panoply of gods and legends that exist right under our noses.

46:07 – Puck’s full name is, of course, Robin Goodfellow. “Detective Fellowes” is also arguably nondescript in the same way as “Detective Pinkerton.” He’s giving a fake name that just means a fellow, a guy.

47:21 – Then again, Rose and Carla weren’t that much help to begin with. I’m not sure how to take this story’s angle on mental illness. There are some poignant observations on the plight of the mentally ill – Carla giving up on Lyta because she’s “acting crazy,” the seemingly harmless nursery rhyme man getting arrested – but the story also plays on the old, unhelpful cliché that people suffering from mental disorders simply perceive a different, equally real world.