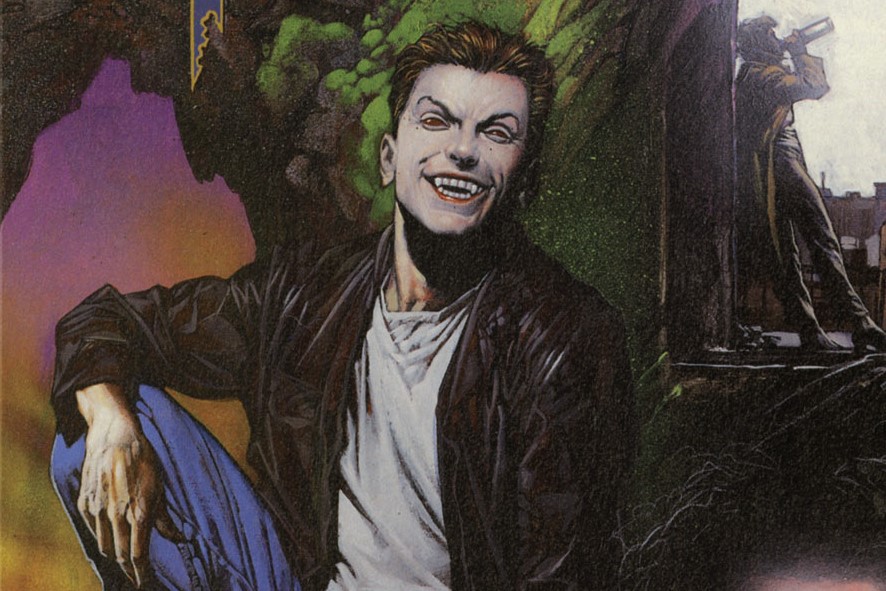 This week, the consequences of Constantine’s recent battles come home in three soul-shattering issues, as John receives heartbreaking news and an old enemy stops by for a drink. Plus, Constantine shares a tale of (slightly) happier days in Vertigo Jam #1.

5:32 – Indeed, a mausoleum is a building. According to Wikipedia, “gravestone” is the proper term for a slab that covers the entire grave, though “gravestone,” “headstone,” and “tombstone” are often used interchangeably today. 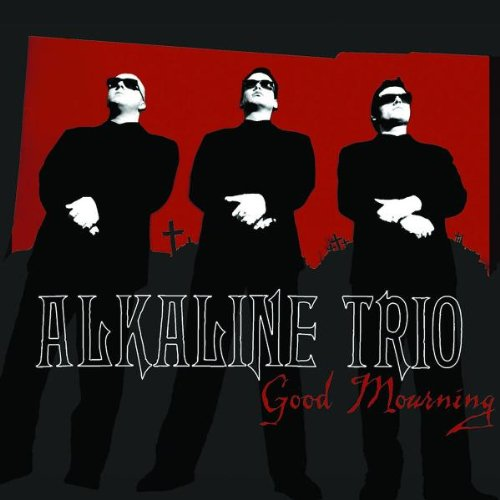 7:20 – The Troubles began in the late 1960s and continued until the Good Friday Agreement in 1998. Belfast was considered one of the most dangerous cities in the world throughout the 70s and 80s. Though the peace process had already begun at the time this issue was published in mid-1993, the Downing Street Declaration and Provisional IRA ceasefire were still yet to come.

12:06 – John’s referring here to Chas’s wife; they’ve been married as long as we’ve known Chas in the series. Although she’s been established as something of a terror who keeps Chas under her thumb, John obviously crossed a line here by insulting her.

17:00 – The similarity between the pose in which we find Constantine and the one in which he left Gabriel may be intentional, a more subtle way of revisiting the theme that John deserves his misery for his refusal to abandon the world of magic, and for the misery he has inflicted on others.

17:08 – The word “meths” here refers not to methamphetamine, but methylated spirits, or denatured alcohol. Though ethanol based, denatured spirits have toxic additives intended to discourage human consumption. The implication is that many homeless alcoholics drink them anyway when they become desperate enough.

18:03 – We learned a bit more about these fish in Hellblazer #50. Apparently, they’re blind and their movements are often consulted as oracles by the vampires.

18:44 – I was quoting the 1997 PlayStation masterpiece Castlevania: Symphony of the Night. 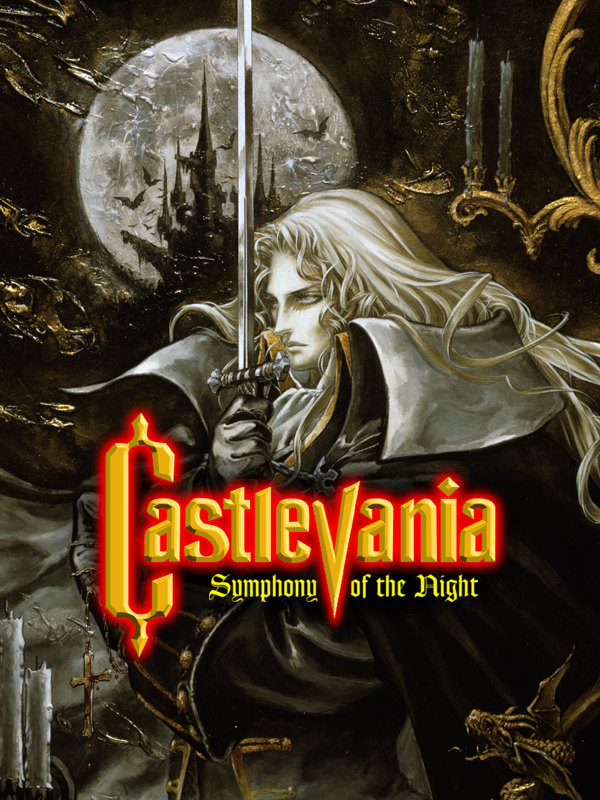 19:10 – “The Calibraxis possession” was depicted in the “Royal Blood” story arc. Here, as in that arc, the Prince isn’t referred to by name, but anyone passingly familiar with the royals can decipher which one Ennis means.

20:01 – The waiter’s name was Thompson, not Tom, and unlike others to share his character design, he didn’t die, at least not on-panel.

27:32 – Though I had never heard of it, Bell’s Scotch Whisky is apparently not only a real brand, it is the best-selling brand of whiskey in the United Kingdom.

29:46 – This isn’t the first time the term “rough trade” has appeared in this series, nor the first time it’s been used as an apparent pun on an unexpectedly violent end to a scene. In Hellblazer #6, homophobic punks attacked Nergal in a public men’s room, saying, “ ‘ope yer like rough trade.” Before ripping them to shreds, Nergal replied, “Oh yes, please… The rougher the better.”

31:27 – By an “Inniskilling,” the narration means a member of the Royal Inniskilling Fusiliers. We also saw these guys deployed against the 1916 Easter Rising in Ireland, during Cassidy’s origin story in Preacher. By the way, Kev’s narration in this scene mentions that William Constantine already has a son back home, little Tom – that’d be John’s father, Thomas Constantine, which confirms that Kev hasn’t actually killed any subsequent Constantines.

34:50 – Despite having played through the opening hours of Final Fantasy VII dozens of times, I got this wrong. The first mission, the one with the 10-minute countdown, takes place at Midgar’s Sector 1 Reactor. The party later passes through Sector 4 on their way to strike the Sector 5 Reactor, but the Sector 4 Reactor is never seen.

37:26 – That was meant to be “the King pounces,” although he is the first vampire. Neither the First of the Fallen nor the First Man are in this scene.

37:37 – Nergal gave John a transfusion of demon blood way back in Hellblazer #8.

38:15 – The KOV’s death parallels that of the unfortunate vampire Jimi, who he mentioned earlier – instead of LSD, Kev’s vice that distracted him from eluding the dawn was getting revenge on Constantine (and gloating beforehand).

39:40 – Robert Falcon Scott’s Terra Nova expedition successfully reached the South Pole, but not until more than a month after Roald Amundsen’s team. Furthermore, Scott and the four-man party he took with him to the pole were all killed trying to make it back to base camp. This quote is specifically attributed to Lawrence Oates (pictured below), though an absence of corroborating sources outside of Scott’s diary suggests that Scott may have made it up himself. 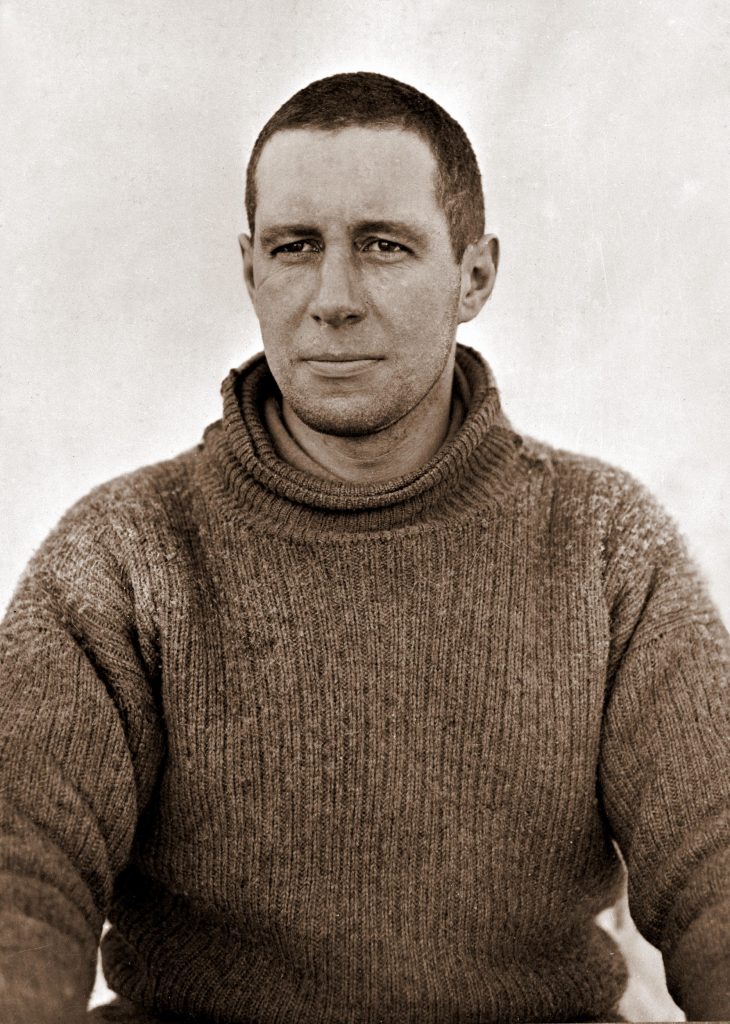 43:03 – “Back for the Dead” is a TV Trope. It refers to instances where a previously prominent character is killed off in a subsequent guest appearance after a period of absence.

56:38 – Sean admits that he may be giving Constantine too much credit by suggesting he had any kind of plan to deal with the King of the Vampires, but he certainly made a decision that if he was going to die, he was going to be impertinent as hell first.