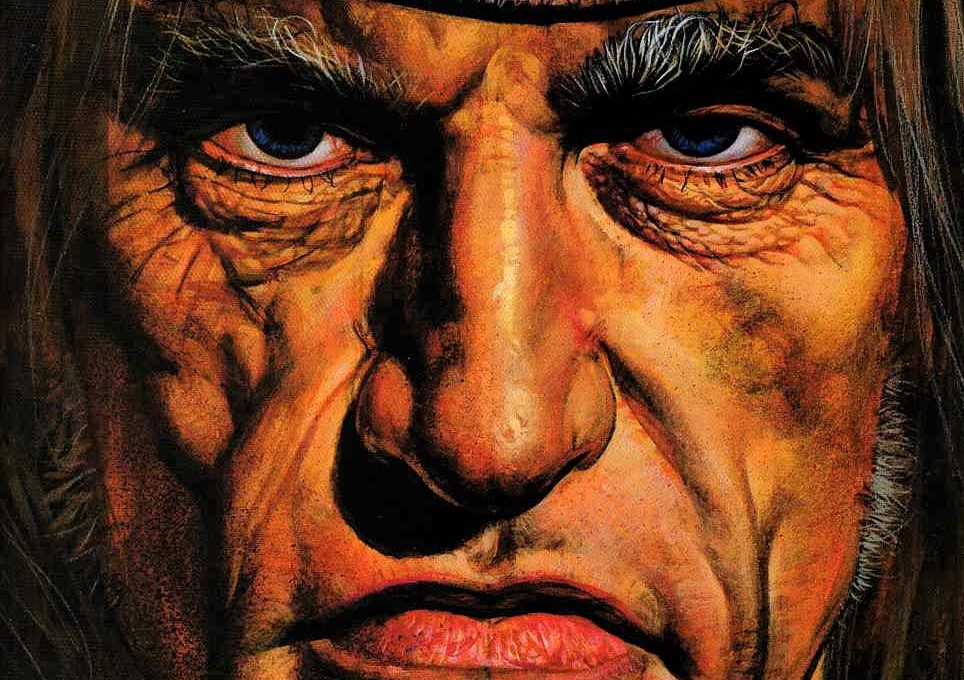 Jesse Custer makes a deal with the devil as we move into the final issues of Preacher. Join us as we discuss Jesse’s master plan, Herr Starr’s grammatical tips, our favorite thriller of 1997, and the proper usage of “looming.”

3:08 – The comic will perfunctorily describe the history a little later, but for your edification: the Alamo is a former Roman Catholic mission and the site of a pivotal battle in the Texas Revolution, the war in which Texas won its independence from Mexico. The mission, which had previously been converted into a garrison, came under attack by a Mexican Republic army unit commanded by General Antonio Lopez de Santa Anna. Between 180 and 260 Texan troops, including folk heroes like Jim Bowie and Davy Crockett, held out in a 13-day siege before finally being killed to the last man. “Remember the Alamo” became a Texan battle cry in the subsequent Battle of San Jacinto, where the Republic of Texas won its freedom and took its revenge in an equally horrific slaughter of retreating Mexican soldiers. As the man says, “Look too close and the legend cracks.”

4:19 – That’d be Jim Bowie, famous frontiersman, duelist, and popularizer of the Bowie knife. Bowie’s father certainly bequeathed him 10 slaves upon his death, and Bowie and his brother Rezin conspired with pirate Jean Lafitte to smuggle slaves into the United States from Galveston (at the time technically part of Spanish Texas, but a haven for pirates and Mexican revolutionaries), in defiance of the 1807 Act Prohibiting the Importation of Slaves. Bowie was too sick to fight on the final days of the Alamo, and accounts vary as to whether he committed suicide, was murdered in his bed, or fought to the last, sitting in his cot with his back against the wall and pistols in his hands. 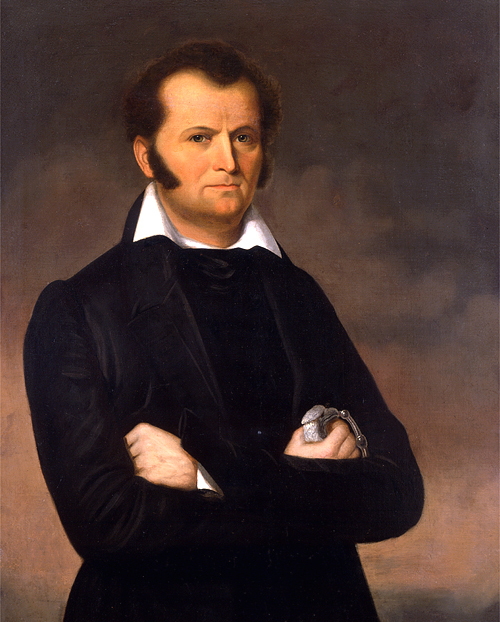 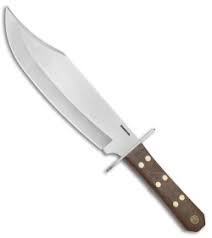 4:27 – The idea that legends have a power of their own and live on independent from the truth, for good or ill, is sort of a recurring theme in this comic. The Saint of Killers is a living legend who’s all but forgotten the man he once was. Come to think of it, Jesse’s ill-fated friendship with Cassidy is like a legend mistaken for the real thing: the myth of Cassidy as a good guy and good friend that both he and Jesse wanted to believe. That’s not to mention the series’ take on religion.

7:59 – I described Jesse and Cassidy’s violent brawls with other men in bars as consensual fun. Cassidy’s recurring abuse of women is, appropriately, treated instead as horrifically out of line.

8:28 – As we explained in our coverage of Hellblazer #21, the “vinegar stroke” is the point of no return for a man during a sex act.

9:50 – In “Objects in Space,” the last episode of the short-lived cult classic sci-fi series Firefly, bounty hunter Jubal Early tries to make the excuse to his telepathic quarry, River, that he only hurts people because his job requires it. She retorts that he chose the job because he liked hurting people, something he’s unable to admit even to himself.

9: 51 – Eric goes on to recite his favorite Jubal Early line.

11:44 – The poem Jesse’s referring to is, of course, John Milton’s Paradise Lost. This is likely one of the things Jesse read when he worked his way through the entire library in Annville, Texas.

12:19 – It’s not clear that there was an angel Lucifer in Preacher, or that he went on to be the Devil that we met in the Saint of Killers miniseries (who seemed to be running Hell dutifully, more than stewing in exile). As Fiore is about to explain, something else caused the Fall.

16:25 – We saw Starr’s audition for a hired killer job with the Grail in Preacher Special: One Man’s War. Assigned to eliminate a paranoid conspiracy theorist living in a mental hospital without making it look like an assassination (which would draw attention to the man’s uncomfortably accurate theories), Starr simply burned down the building, leaving no one the wiser that one man was the target.

17:13 – We can tell this is a Catholic church because the priest wears a collar and there’s a crucifix bearing the likeness of Christ. Most Protestant crosses are empty, to emphasize Christ’s having risen from death. It’s also come up on a few occasions that Cassidy was Catholic once.

18:42 – The idea of gods and deities following the formalities despite their omnipotence is a favorite of Neil Gaiman. In Sandman, we often see the Endless deliberately walk or drive somewhere, even though they can teleport anywhere in existence at will. This is especially prevalent in the Brief Lives story arc (in which Morpheus goes to the literal god of transportation to hire a car). They’re on a journey, so they have to journey. 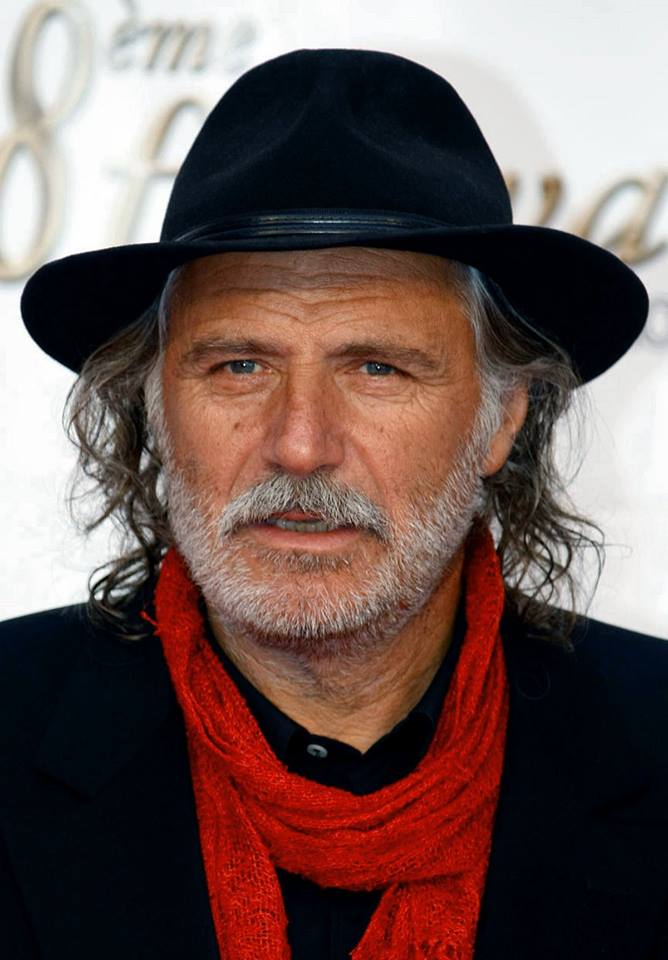 23:12 – Starr’s long history with prostitutes is found in One Man’s War, as is his summation of his interest in romance: “He assumed my interest was social. It is merely coital.”

26:52 – As revealed in the Saint of Killers miniseries, the Saint’s Colt Peacemakers are forged from the sword of the Angel of Death.

31:12 – Jesse promised to meet Cassidy in San Antonio in one month, as we saw in Preacher #58. Logically, this issue takes place three weeks later.

39:43 – I’m particularly thinking of “Texas and the Spaceman,” which is framed as Spaceman revealing the real experience of the Vietnam War, but also deliberately invokes John Wayne’s 1968 Vietnam War movie The Green Berets by having the Duke turn up in person and give a speech at the start of the issue. He gives Jesse’s father the famous “Fuck Communism” cigarette lighter, which Jesse later reclaims from his father’s killer, placing Jesse explicitly in the heroic legacy of John Wayne.

43:17 – We’re doing a riff on Titan Up the Defense, one of our favorite podcasts.

46:38 – It should be noted that “this dude,” the coffee shop owner, is not “this guy,” the attempted sex offender.