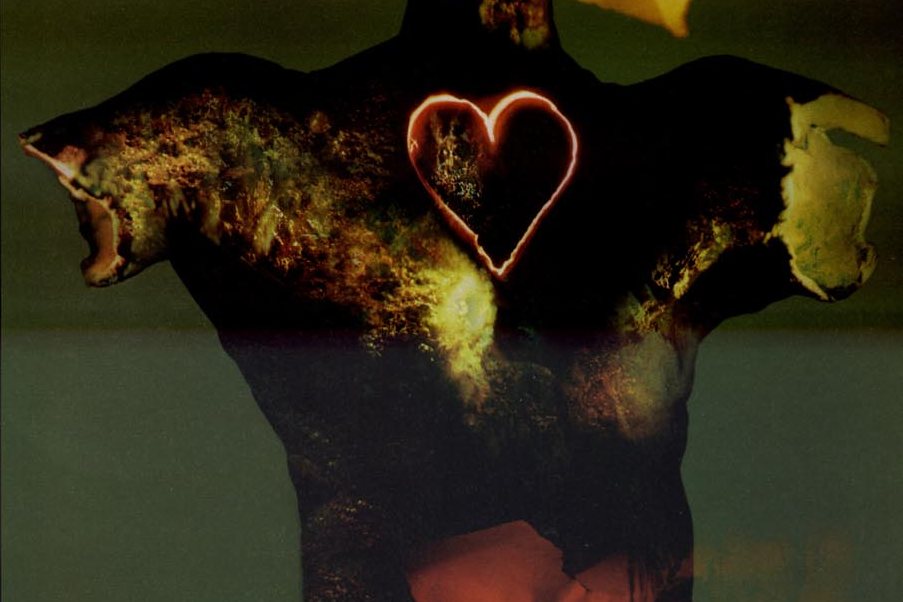 In the final story arc of Sandman, the universe mourns, Daniel entertains a guest, and Matthew moves on. The dream ends…

1:50 – That’s “the law against spilling family blood.” Sorry about the double negative.

3:30 – The Wake was always collected as book 10. The 13 on this page is definitely the page number; there are numerical design elements in the background of all the preface pages in this volume. By the way, this cover illustration of Daniel is by Michael Zulli.

8:19 – For more on old-timey afflictions, see “Diseasemaker’s Croup” in the Fragile Things collection.

15:09 – It’s worth noting that although Eblis O’Shaughnessy is made of mud, once Death breathes life into him, he’s indistinguishable from human except for the heart inscribed in his chest.

16:03 – When Mistress Veltis was old and nearing the end of her life, she went looking for the room again. No one expected her to ever emerge from the catacombs, but she did, and with her withered hand healed. She died shortly thereafter.

20:25 – Wisconsin Death Trip is a 1973 nonfiction book by Michael Lesy about the dark reality of life in rural Wisconsin in the 1890s. It’s mostly based on the photographs of Charles Van Schaick, who was the official photographer for a town called Black River Falls.

21:47 – We didn’t talk about it, but there’s a certain Old Testament-New Testament dynamic between Morpheus and Daniel. Even when his judgments were deserved (Madoc, the serial killers in “Collectors”) Morpheus was undeniably petty and his vengeance sometimes felt unjust (especially Alex, who was punished for his father’s actions). That’s why it’s a bit of a relief to see that his curses eventually end.

27:29 – Correction: Adrienne Barbeau originated the role of Rizzo in the first Broadway production of Grease, but she did not appear in the 1978 movie. Her role was filled instead by Stockard Channing.

33:47 – We saw Orpheus’ foolishness and the Endless’ encouragement in Sandman Special: The Song of Orpheus. It was mostly Death and Destruction, although Morpheus refused to advise against Orpheus’ ill-fated venture into the realm of Hades, insisting that it was his life to ruin.

34:04 – Calliope explicitly said in Sandman #17 that rescuing her meant Morpheus had changed, no matter how he tried to deny it. The implication is, he previously would never have overcome his petty grudge against her to intercede on her behalf.

37:13 – Eliza Doolittle is the female lead in George Bernard Shaw’s Pygmalion and the classic musical adaptation My Fair Lady. She’s a poor flower girl with a Cockney accent so atrocious, even other English characters can’t stand it. The role was originated by Julie Andrews in the stage musical and played by Audrey Hepburn in the 1964 movie.

40:39 – Titania’s being self-centered and awful here, but I kind of pity her for needing this so badly she’d lie about it.

41:09 – Daniel has known Matthew a relatively long time – they met when Daniel was still a mostly human baby in Sandman #40, “The Parliament of Rooks,” and one of Daniel’s first words was “Bir-dee” in reference to Matthew. So it’s not unreasonable to suggest that Daniel had some affection for the raven, even before his transformation into Dream.

43:29 – Jed is Rose’s younger brother; she spent The Doll’s House searching for him. He’s actually an older character: as he will shortly reference, he was the boy whose head the Hector Hall Sandman lived in, in Jack Kirby and Joe Simon’s Sandman volume 1.

45:46 – “Hob’s Leviathan” was Sandman issue 53 and one of the stories told at World’s End. This “super misogynist guy” told a story which he framed as being about the inconstancy of women, despite the fact that nearly everybody in it, including the men, betrayed somebody.

49:09 – “Just gotta be a sucka” is a reference to a recurring segment on Titan Up the Defense, which is in turn a reference to the movie Krush Groove. It refers to a character who contradicts their established characterization to serve the plot. 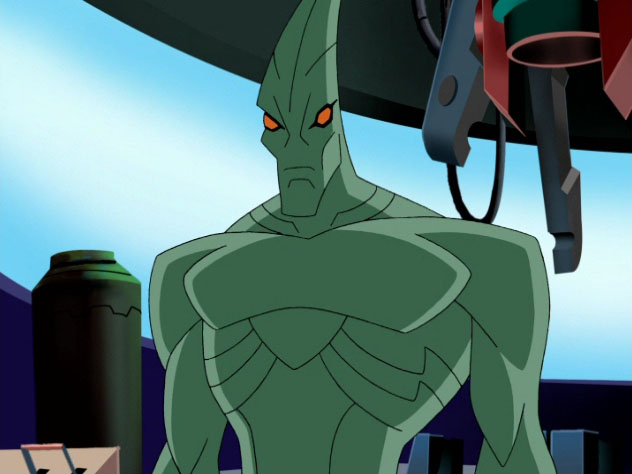 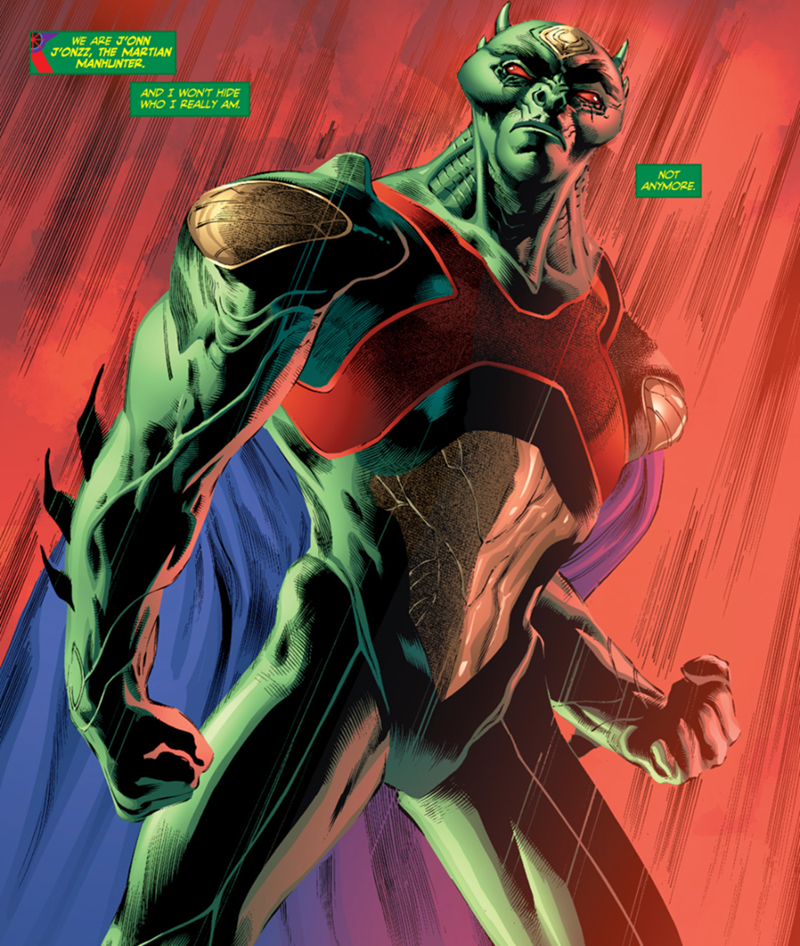 52:41 – The Riley Rossmo-drawn series Eric’s referring to is the current Martian Manhunter volume 5.

56:00 – Note the irony that it’s Destiny who tells Matthew he has a choice – Destiny presumably already knows what choice Matthew will make.

1:00:53 – During Desire’s conversation with Rose in The Kindly Ones, Rose – and eagle-eyed readers – noticed that Desire lit the same cigarette several times.

1:01:30 – We met Joshua Norton, the first Emperor of the United States, in Sandman #31. Also, while that episode was the only reason we ever see for Desire to be so pissed off, it’s implied that Desire’s enmity with Dream might go back much further – Dream suggests his doomed affair with Nada was Desire’s doing.

1:02:11 – Eric correctly points out that “Wensleydale” is a punchline in Monty Python’s cheese shop sketch.

1:06:33 – Stories are part of the “optimism” too. They’re how we tell ourselves things have meaning, instead of just eventually so much dust. Death and Destruction make things bounded; Dream makes them matter.

1:07:33 – What little we know about Alianora is, she’s an old love of Morpheus (Lucien listed her among his exes once) and he owed her a debt that he paid by maintaining the skerry of dream known as the Land, which was the setting for much of A Game of You. When Morpheus unmade the Land at the end of that story arc, she was the last to emerge and simply “was gone” instead of vanishing into the darkness of Dream’s cloak. In keeping with the overall sense of mystery surrounding this character, we do not hear her words at the funeral.

1:09:49 – Blue roses are often a symbol of mystery, desire, and longing for the impossible or unattainable. Nada was in fact something Morpheus could never have: although they loved each other, she was too independent to live as an adjunct to a god, and Dream’s taking that badly drove much of the plot of the first three story arcs.

1:10:40 – The Ruby Dreamstone was one of the first symbols for Dream and held much of his power until Dr. Destiny accidentally destroyed it in Sandman #7. It’s also a symbol for the Morpheus incarnation of Dream specifically; Daniel is represented by his emerald instead.

1:11:08 – “The undiscovered country” is a phase from Shakespeare’s Hamlet referring to death. It’s also the subtitle of the sixth Star Trek movie, in which a Shakespeare-loving Klingon uses it to refer instead to an optimistic future.

1:17:26 – We thank Hub and Cory from Titan Up the Defense for the use of this bit, and swear it was meant affectionately.